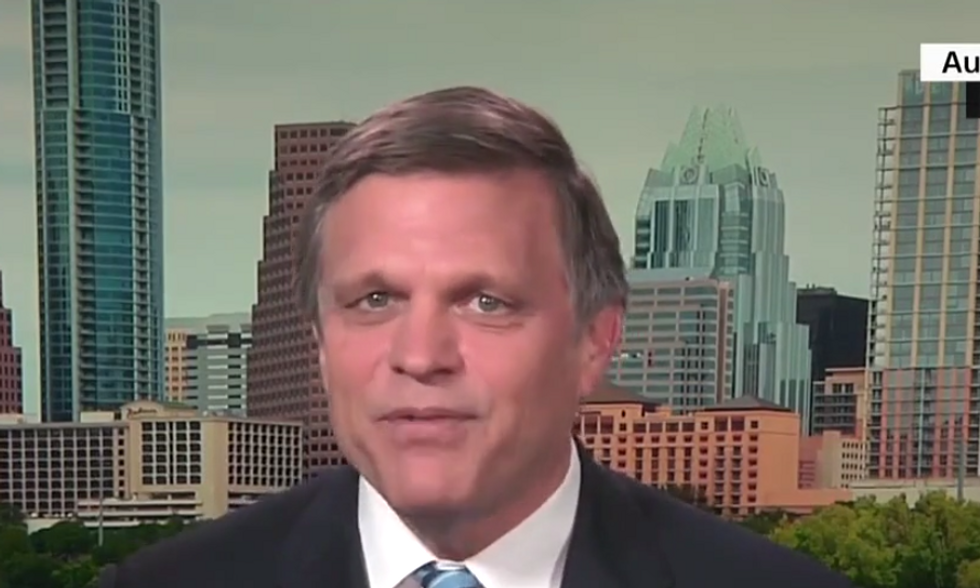 Historian Douglas Brinkley threw down the gauntlet at President Donald Trump during a CNN appearance on Monday, and said it was time for the president to stop toying around with whether he had recordings of his meetings with former FBI Director James Comey.

Appearing with fellow historian Allan Licthman on CNN, Brinkley mocked Trump for insinuating that he had recordings of his meetings with Comey while refusing to release them publicly.

"The tape issue here is just incredible," Brinkley said. "I wrote a lot of books on World War II, and Donald Trump constantly talks about Douglas MacArthur and General Patton. Can you imagine them playing namby-pamby games with tapes, like, 'Maybe I have them, maybe I don't.'"

Brinkley then said it was time for Trump to man up and show whatever cards he has.

"The clownish routine, hijacking all of our national discussion over whether he has these tapes or not? Put up or shut up, it's that simple for Donald Trump," he said.

Licthman, meanwhile, shared Brinkley's assessment that the time for games is over, and he argued the Republicans needed to make a choice about whether they would continue backing Trump at the risk of their own integrity.

"I have a piece of advice for Republicans today, and that is follow what republicans did in Watergate," he said. "Put patriotism above party."