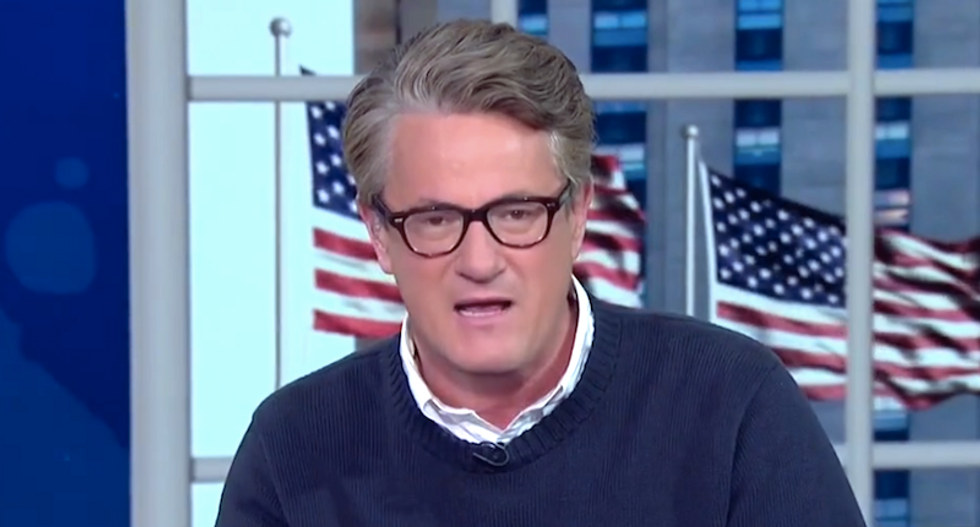 "The greatest irony is, this lecture is coming from the greatest liar that's ever sat in the White House," Scarborough said. "The New York Times highlighted a thousand lies. I mean, to compare (Richard) Nixon to this guy is absolutely ridiculous. He lies every day -- a lot of times he lies every minute. He forgets the lie that he told five minutes ago."

Co-host Mika Brzezinski said it was "disturbing" that the president sent Sanders and other administration officials to back up his lies with a "straight face," but Scarborough pointed out that the White House was responsible for most of the anonymous leaks.

"What's also so funny is the fact that Sarah Huckabee Sanders and Donald Trump will talk about unnamed sources and stories, (but) this White House will call every second that you will take their calls and they will give you a story, but it has to be an unnamed source," Scarborough said. "They have to be off the record, and a lot of times they will call you just to trash other people that are working inside the White House, or they'll say, 'Hey, if you can get this out there, but you can't attach my name to it.' I mean, what raging hypocrites they all are to complain about unnamed sources when they throw more unnamed sourced stories out than any White House I've ever dealt with."

Scarborough and Brzezinski agreed that Tuesday's meltdown was perhaps the lowest moment yet from Trump's White House press secretaries, who have attacked the media from their podium and periodically banned cameras from recording the briefings.