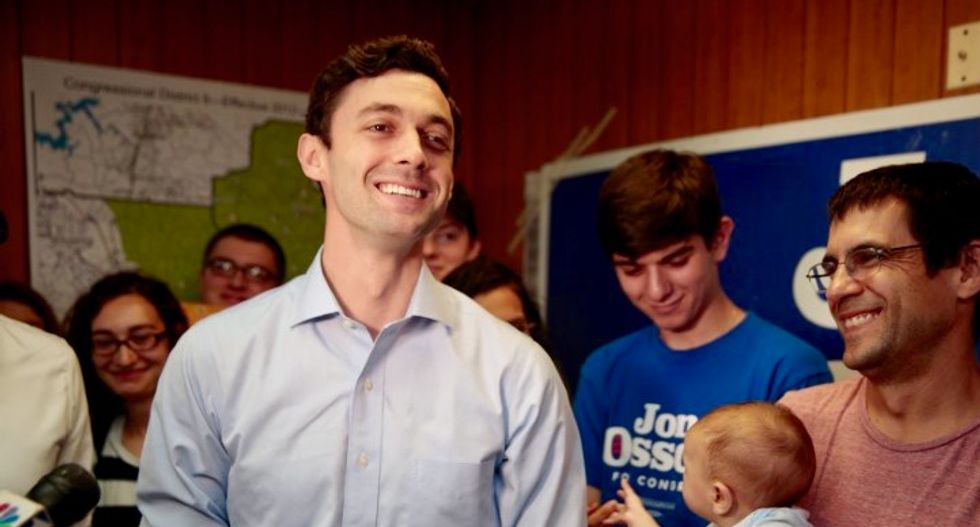 The costliest congressional election in U.S. history was headed for a photo finish on Tuesday as Democrats hoped dissatisfaction with President Donald Trump would help them win a suburban Atlanta seat that has been held by Republicans since the 1970s.

Democrat Jon Ossoff and Republican Karen Handel have both focused on local concerns, but national political groups have spent heavily in the biggest proxy war between the two parties since Trump's upset victory in the 2016 presidential election.

This time, Republicans are playing defense. Ossoff, a 30-year-old political newcomer, aims to win a district that has launched the careers of nationally known Republicans like Newt Gingrich and Tom Price, who vacated the seat to serve as Trump's health secretary.

Recent polls show a tight race, with Ossoff maintaining a tight lead over Handel, a former secretary of state who has cast Ossoff as a puppet of liberal interests who doesn't even live in the district.

"This race is not about what's going on around the rest of the country - it is about you," she told supporters on Monday night.

Total spending in the race has topped $56 million, according to the Center for Responsive Politics, a watchdog group, nearly double the previous record.

The outcome will not alter the balance of power in Washington, where Republicans control both chambers of Congress.

But an Ossoff victory would help Democrats raise money and recruit candidates as they try to win back control of the House of Representatives in 2018.

The party has fallen short this year in other elections in Kansas and Montana, and it is expected to lose another race on Tuesday in South Carolina.

But Democrats saw a chance for victory after Trump carried this affluent, educated district by only 1 percentage point in last year's presidential election.

"There are more of us than we thought," said Tricia Gephardt, an Ossoff volunteer.

Ossoff gained national prominence by vowing to "make Trump furious," but lately he has avoided mentioning the president, promising instead to cut spending and "bring accountability to Washington," as he said at a Monday campaign event.

"Certainly the Republicans are split on (Trump), but at this point the Republicans have mostly come together behind Karen," said Kay Kirkpatrick, a Republican state senator who represents the area.