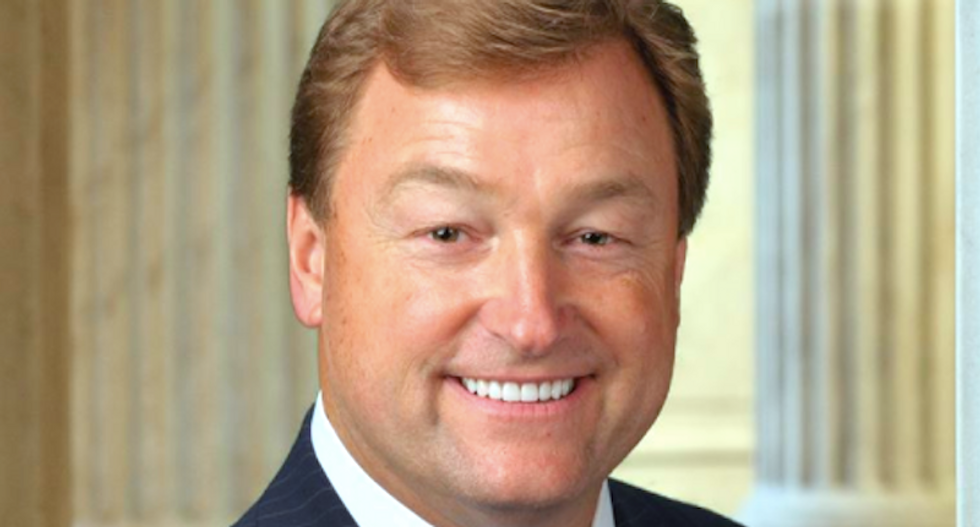 President Donald Trump and his allies are not happy with Sen. Dean Heller (R-NV), who on Friday came out in opposition to the GOP's proposed Obamacare replacement plan.

Trump chided Heller in tweet over the weekend, and the Trump-backing group America First Policies announced plans to take out a massive ad buy against Heller if he opposed the legislation.

The trouble is that Heller is the single most endangered Republican senator in the country right now, as he's the only senator who's up for reelection in 2018 in a state won by Hillary Clinton in 2016.

Axios reports that an unnamed source whom it describes as "a longtime lion of the GOP" is fuming over Trump's tactical strategy in dealing with Heller.

"Does Trump team think it's smart to attack the most endangered GOP senator, from a state Trump lost?" the source said. "This is the second dumbest thing Trump has done since firing Comey."

Trump's allies tell Axios that they're now giving Heller a "second chance" to change his mind on the bill before they start taking out ads against him.

"The attacks have not begun — and won't, if Heller retreats," Axios writes. "The group could follow what it did with some wavering House members, and run ads of encouragement rather than opposition."