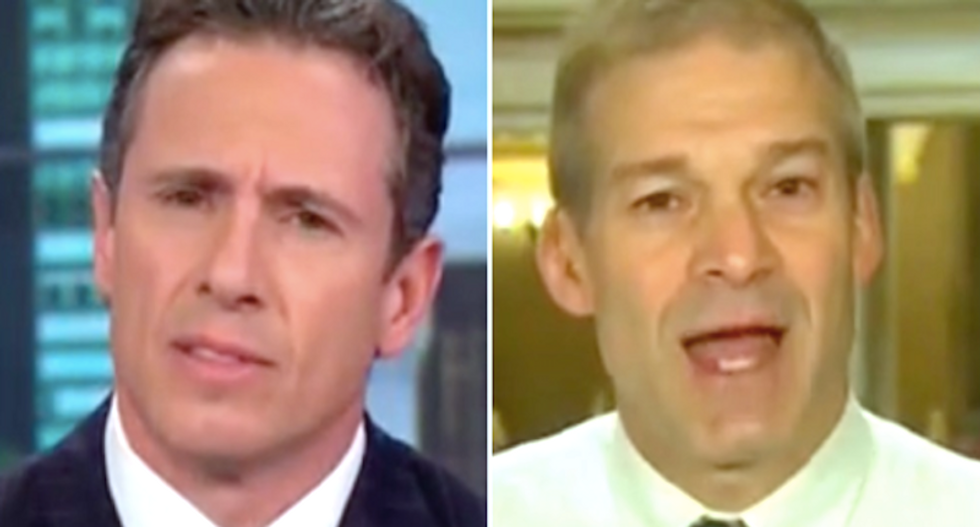 During his interview with Cuomo, Jordan insisted that Trump only wanted Comey to publicly state that Trump wasn't currently under investigation by the FBI, and thus "get the truth" out to the public.

However, Cuomo pointed out that Trump did things that were much more troubling than simply asking Comey to confirm that he wasn't under investigation.

"What does that have to do with him asking for loyalty, asking to end the Flynn probe, and asking him if he wants his job?" Cuomo asked.

"Because he wants the American people to get the truth," Jordan replied.

Jordan responded with a non-sequitur.

"It's funny, Chris, because even in that discussion in Mr. Comey's testimony... Mr. Comey even says, 'Mike Flynn's a good guy,'" he said. "He had already fired Mr. Flynn! You don't think he understood that Mr. Flynn had done something wrong? He fired the guy!"

Cuomo smirked at this statement and simply said, "That's a very interesting read."

"It's not an interesting read, it's an accurate read!" Jordan replied as his voice slightly squeaked. "It's what's in the testimony!"