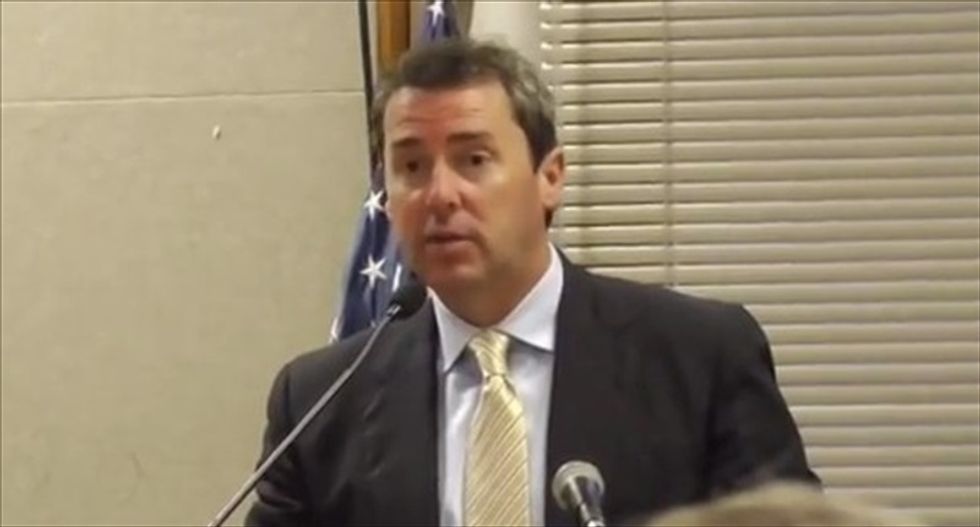 Republican efforts to overhaul the U.S. tax code have hit a snag in the House of Representatives, where party infighting over spending cuts is delaying adoption of a key legislative tool that the party needs to move a tax bill forward.

The House Budget Committee canceled plans to send a budget resolution for fiscal 2018 to the floor this week, lawmakers said on Tuesday, as conservative Republicans pushed to add hundreds of billions of dollars in cuts to the spending blueprint that would take effect Oct. 1.

House and Senate passage of a budget resolution is vital to President Donald Trump's pledge to deliver on tax reform this year because the document would free Republicans to circumvent Democratic opposition in the Senate. But the push for cuts to programs including Medicaid and food stamps, which benefit the poor, threatens to engulf the debate in a Republican free-for-all that could end in a stalemate.

"No budget, no tax reform," said Representative Mark Walker, who chairs the Republican Study Committee, a group of more than 150 conservative lawmakers. "That's why there should be a sense of urgency to get this done pretty quick."

The drive to reduce spending could also make a tax overhaul harder to pass if cuts in programs for the poor appear in the same legislation as lower taxes for the wealthy, aides say.

Top Trump administration officials and Republican leaders in Congress are working behind closed doors to agree on a tax proposal that can be unveiled as legislation in September.

Representative Jim Jordan of Ohio, a leading member of the conservative House Freedom Caucus, is pushing to cut as much as $400 billion over a decade from a wide range of programs that benefit the poor. Freedom Caucus Chairman Mark Meadows said he wanted another $295 billion in cuts on top of that.

"It has to be linked to tax reform, because we believe tax reform is going to happen," Jordan said in an interview.

The budget committee canceled its plans this week after the chairmen of several other panels pushed back against efforts to include $250 billion in spending cuts, a sum that some conservatives say is too low.

"The end game is to get a budget out of the committee," House Budget Committee Chairwoman Diane Black told reporters. "I do see a viable path. And I am going to continue to push."