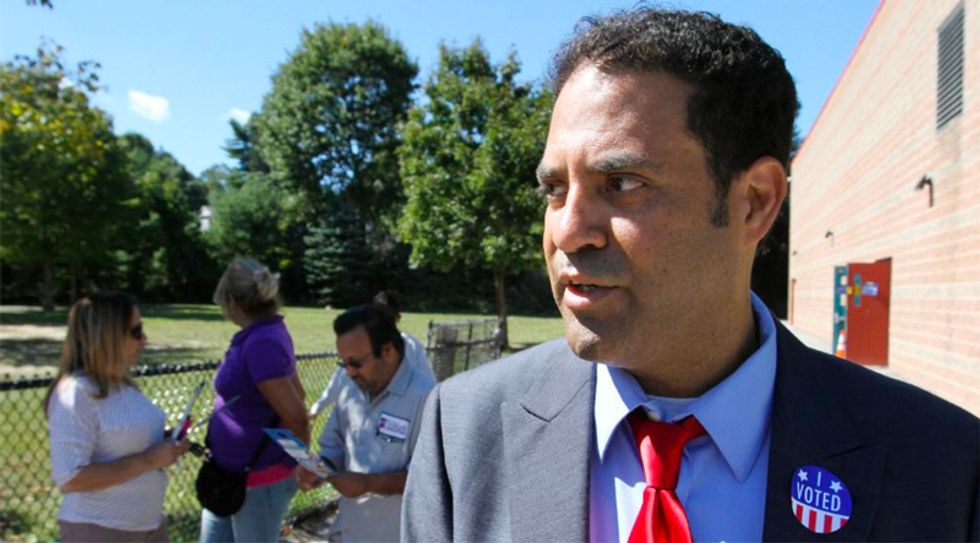 On Friday Perez apologized on Facebook, saying he was given the image by another person -- whom he declined to identify -- which was included with his documents.

According to House spokesperson Larry Berman, Perez gave the document to the clerk of the Finance Committee who made copies and the distributed them to committee members. Once the images of the tabs were viewed, the page was quickly collected and a new document with only the Wikipedia page on it was redistributed.