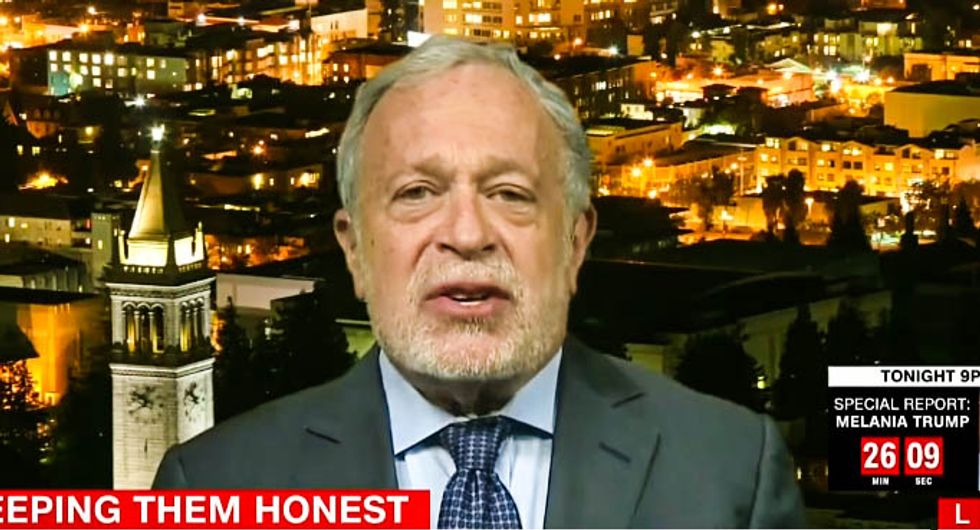 In a recent Facebook post, former U.S. Labor Secretary Robert Reich listed 11 key facts -- compiled by reader Rosa Figueroa -- to arm yourself with the next time you find yourself arguing with a Trump supporter.

ImpeachDJTnow.com listed the facts, which read almost more like comic one-liners. Among them:

1. He called Hillary Clinton a crook. You bought it. Then he paid $25 million to settle a fraud lawsuit.

5. He said he’d surround himself with all the best and smartest people. You bought it. He nominated theocratic loon Mike Pence for Vice President. A white supremacist named Steve Bannon is his most trusted confidant. Dr. Ben Carson, the world’s greatest idiot savant brain surgeon, is in charge of HUD. Russian quisling Rex Tillerson is Secretary of State.

7. He said he would “drain the swamp” of Washington insiders. You bought it. He then admitted that was just a corny slogan he said to fire up the rubes during the rallies, and that he didn’t mean it.

Reich has been one of the Trump administration's harshest critics, calling Trump "a two-bit dictator surrounded by toadies" and demanding to know "Why the f*ck isn't he impeached already?"