Scarborough fingers Bannon as leaker: He's been 'bragging' he would sideline Kushner on Russia 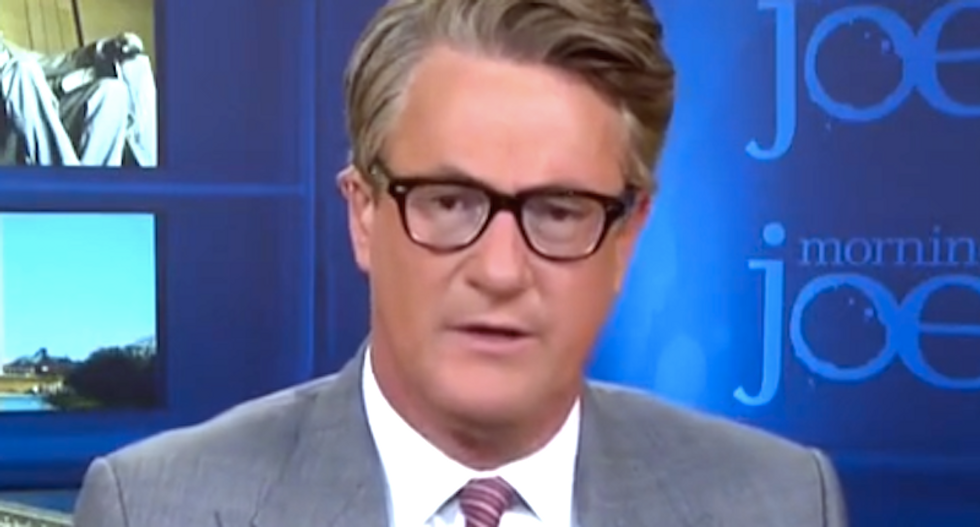 Morning Joe co-host Joe Scarborough on Friday revealed that some of his sources within the White House have hinted that White House chief political strategist Steve Bannon is behind some of the damaging leaks against Trump son-in-law Jared Kushner.

While discussing the latest problems facing Kushner, Scarborough said that people in the White House have told him that Bannon this past April boasted that he wouldn't have to worry about Kushner much longer thanks to soon-to-be-revealed bombshells about his undisclosed meeting with a Russian bank official.

While Scarborough didn't put too much weight on these boasts at the time, he says that they were shortly followed up stories about Kushner and Russia in major newspapers.

"Two days after I heard this, two days, front page New York Times story about the links between Kushner and Russia," he said. "A coincidence? Absolutely not. Steve Bannon has been leaking, i believe, based on everything that I've heard, has been leaking these stories."