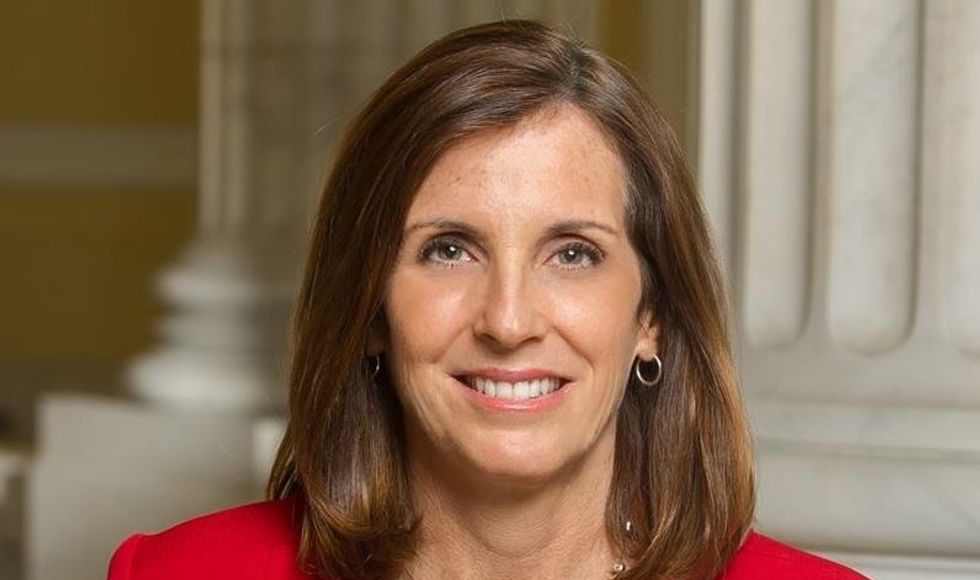 Although Rep. Martha McSally (R-AZ) may be publicly supporting President Donald Trump, in private she seems to have a lot of concerns.

Tucson Weekly has obtained a leaked recording of McSally meeting with the Arizona Bankers Association, in which she said that President Donald Trump's tweeting habits were making life vastly more difficult for Republican lawmakers -- and could spark a massive electoral backlash against the GOP in 2018.

"It's basically being taken out on me," she said of Trump's erratic behavior. "Any Republican member of Congress, you are going down with the ship. And we're going to hand the gavel to Pelosi in 2018, they only need 28 seats and the path to that gavel being handed over is through my seat. And right now, it doesn't matter that it's me, it doesn't matter what I've done. I have an 'R' next to my name and right now, this environment would have me not prevail."

McSally then complained that liberal activists were completely tying her to Trump, thus making it impossible for her to tout her own independent record as a member of Congress.

"The environment has changed and some of it changed on January 20," she said. "There's just an element out there that's just, like, so against the president. Like they just can't see straight. And all of a sudden on January 20, I'm like his twin sister to them. And I'm, like, responsible for everything he does, and tweets and says. And they want me to be spending my time as a pundit. 'I disagree with that. I agree with this.' I have a job in the legislature!"