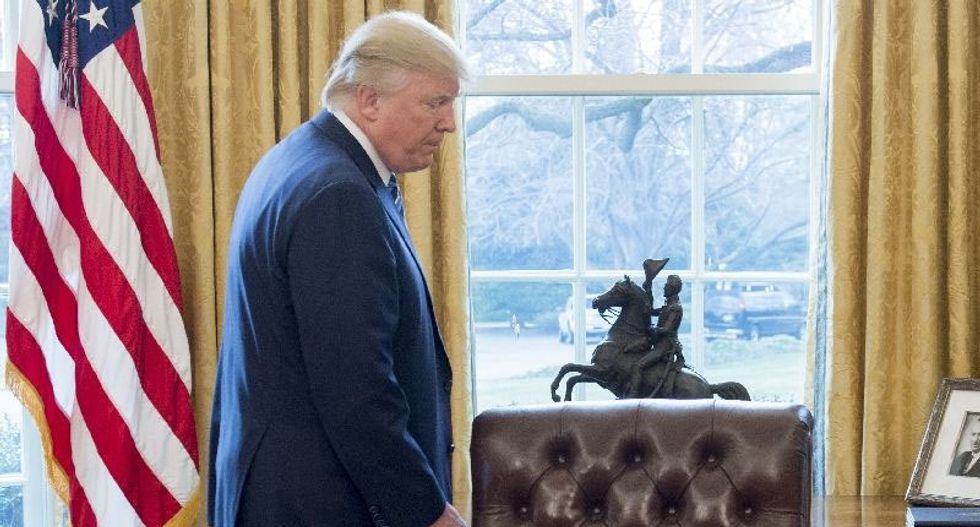 President Donald Trump has invited all 52 Republican senators to the White House for a Tuesday afternoon meeting on the plan to repeal Obamacare.

Senate Majority Leader Mitch McConnell (R-KY) announced the meeting, which is scheduled for 4 p.m., during a closed-door party luncheon.

The announcement came shortly before McConnell confirmed a vote on the measure would be delayed until after the July 4 recess.

McConnell can afford to lose only two GOP senators to pass the bill he and his aides crafted in secret, but at least five Republicans -- Susan Collins, Dean Heller, Ron Johnson, Mike Lee Rand Paul -- have said they might not back the bill without changes.