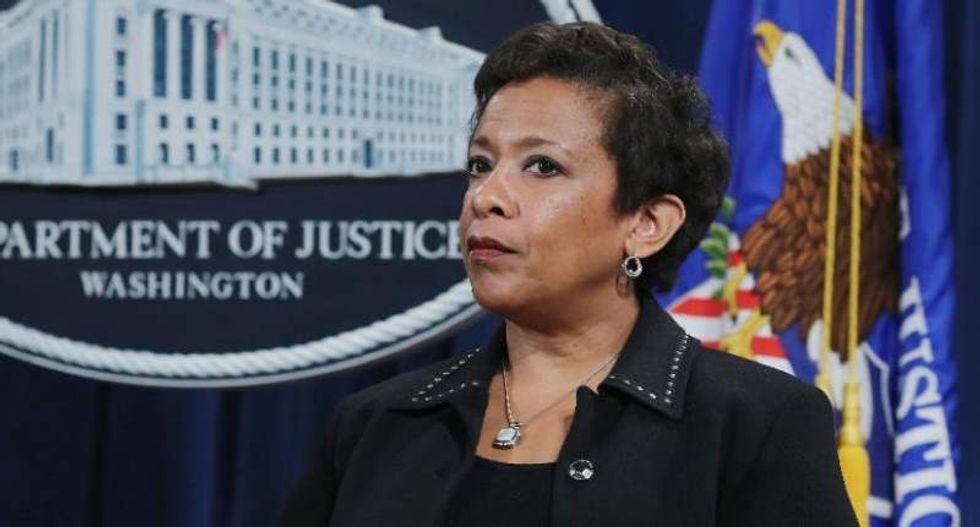 The secret document, which the FBI now considers to be phony, appeared to be a piece of Russian intelligence claiming that Lynch had privately assured the Clinton campaign that the investigation into her handling of classified information would be limited.

That false information prompted Comey to publicly declare in July that the investigation was over, but he criticized Clinton for "extremely careless" handling of classified info.

The Senate Judiciary Committee sent a letter Friday to Lynch asking about her involvement in the FBI investigation, including whether she had assured Clinton associates that the probe wouldn’t “push too deeply into the matter.”

Comey told the committee earlier this month that Lynch, his superior in the Justice Department, had asked him to refer to the probe as a "matter," rather than an investigation, while authorizing him to confirm its existence.

He also told lawmakers that he was concerned that Lynch could be impartial in overseeing the FBI investigation, although he declined to offer more details.

Comey decided to announce the investigation out of his concerns over Lynch's impartiality, including her spontaneous June meeting with former President Bill Clinton aboard a grounded plane, and based on the Russian intelligence document he suspected was fake.

He was concerned that Russia would release the dubious intelligence during the presidential campaign, and law enforcement would be unable to discredit the claims without revealing sources and methods.

The GOP-led Senate panel asked Lynch to confirm whether she or her staff had ever communicated with Amanda Reteria, a senior Clinton campaign staffer identified in the fake Russian document, during the presidential race, and to detail any of those communications.

According to the phony Russian intel, former DNC chair Debbie Wasserman Schultz claimed in an email that Lynch had privately assured Renteria the investigation into Clinton would not go too far.

Lawmakers asked Lynch about any communications she or her staff might have had with Wasserman Schultz, a Florida congresswoman.