Senators demand investigation of reports of torture in Yemen 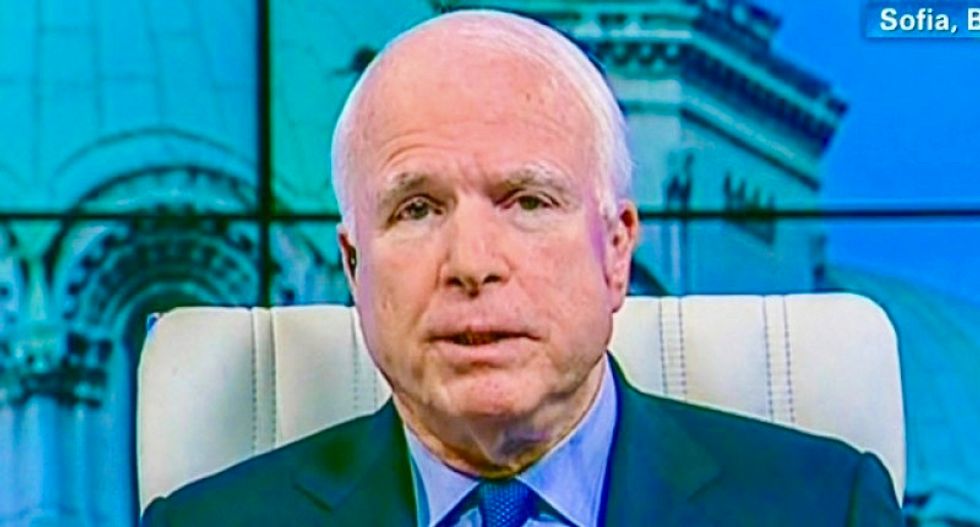 The leaders of the U.S. Senate Armed Services Committee asked Defense Secretary Jim Mattis on Friday to investigate any involvement of U.S. interrogators at secret prisons in Yemen where inmates have reportedly been tortured.

The Associated Press published a report on Wednesday that nearly 2,000 men have disappeared into a secret network of prisons in Yemen run by the United Arab Emirates or Yemeni forces trained by the Gulf nation, where they have been abused and tortured.

The UAE denied the allegations in a statement to AP.

The U.S. officials denied any participation in or knowledge of human rights abuses, but obtaining intelligence that may have been extracted by torture inflicted by another party would violate the International Convention Against Torture.

Senators John McCain, the Senate committee's Republican chairman, and Jack Reed, its ranking Democrat, asked Mattis to conduct an immediate review of the alleged abuses, including of U.S. support to the forces involved.

McCain, who was tortured as a prisoner of war in Vietnam, has been a leader of anti-torture efforts in Congress. In the letter, he and Reed argued that any suggestion the United States is complicit in torture hurts national security.

They also asked Mattis to assess what, if anything, U.S. forces knew about the alleged abuses and to provide a briefing to the committee as soon as possible.

"We are confident that you find these allegations as extremely troubling as we do," McCain and Reed wrote.