'Something I shouldn’t have done': Penn. lawmaker pleads guilty to groping his 103-year-old mother-in-law 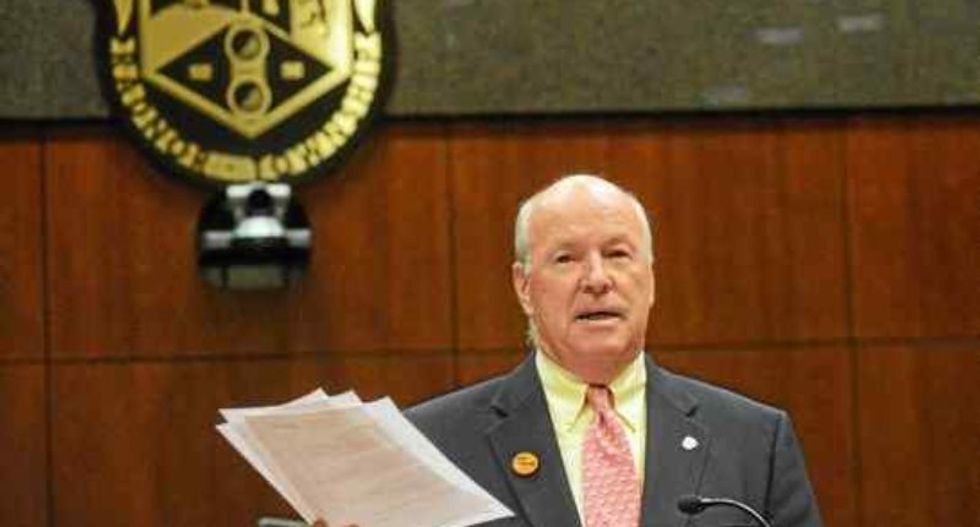 According to the New York Daily News, a former Pennsylvania commissioner has admitted to groping his 103-year-old mother-in-law's breasts, and was subsequently convicted of a sex crime.

William Spingler, who previously served as commissioner of Radnor Township in the state's Delaware County, told a jury on Thursday that the sex crime "was just something I shouldn't have done."

Last December, Springler, 75, was arrested after a allegedly assaulting the woman for a third time within a one-month time span. He denied the third assault.

Spingler was previously married to the victim's daughter who died in 2007, and regularly visited her in the nursing home where she lived. She reportedly lived with him for eight years before she went to the nursing home, and although she has dementia, she continued to recognize him until just before the assaults occurred.

The former commissioner said that because she didn't recognize him, he touched her inappropriately for "shock value," so that she would recognize him again.

"I thought for shock value, you know, I could get her to say something, let her know I was there. I touched her breast. It was the dumbest thing I ever did, but I did it to get her attention and let her know that I was there," Spingler said.

Colarulo told the jury that when he came to arrest Spingler, the former commissioner knew why he was there, and admitted that he touched his mother-in-law "to make her feel good about herself" and "get her going," even when she said no.

Spingler was released on a $10,000 bail, and will be under consideration as a registered sex offender by the state's registry.