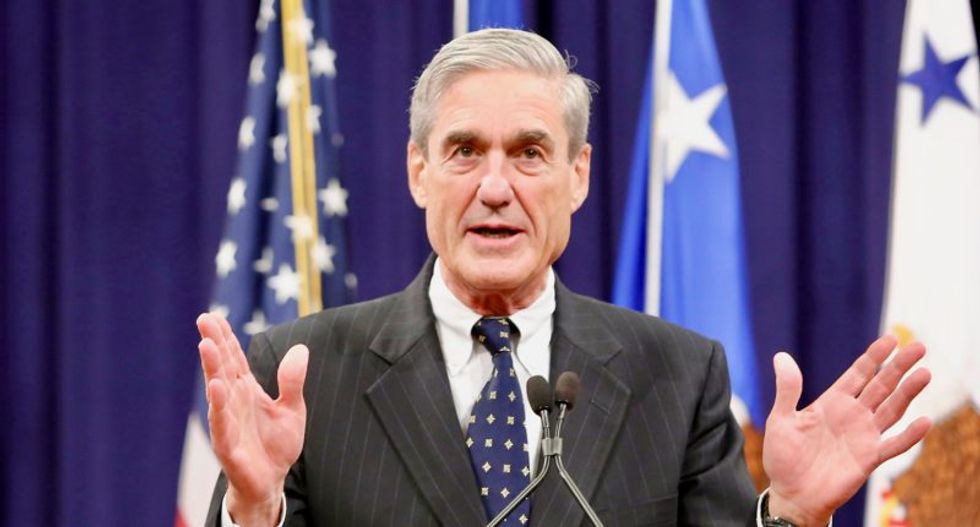 FILE PHOTO - Outgoing FBI Director Robert Mueller reacts to applause from the audience during his farewell ceremony at the Justice Department in Washington, DC, U.S. on August 1, 2013. REUTERS/Jonathan Ernst/File Photo

Special prosecutor Robert Mueller will hold talks this week with senior Senate Judiciary Committee members to ensure that there is no conflict between his investigation of potential collusion between Russia and the Trump campaign and the panel's probe, two congressional aides said on Monday.

Mueller, a former FBI director, will meet on Wednesday with the committee's Republican chairman, Charles Grassley, and its top Democrat, Dianne Feinstein, said the sources, who spoke on condition of anonymity.

They will be joined by Republican Lindsey Graham and Democrat Sheldon Whitehouse, the chairman and ranking member of the Subcommittee on Crime and Terrorism, they added. The subcommittee is examining what U.S. intelligence agencies say was a Russian campaign of influence was intended to boost Donald Trump's chances of winning the 2016 presidential election.

The discussions will focus on ensuring that the subcommittee's investigation is not interfering with Mueller's probe, one source said.

Spokesmen for the committee and for Mueller declined to comment.

Mueller also was expected to meet sometime during the week with top members of the House of Representatives' Intelligence Committee for a similar discussion.

A spokesman and a spokeswoman for the panel also declined to discuss the matter.

The special prosecutor met last week with the Republican chairman and the top Democrat overseeing the Senate Intelligence Committee's investigation of what U.S. intelligence agencies say

Russia denies that it conducted such a campaign, and Trump denies there was any collusion between his campaign and Moscow.