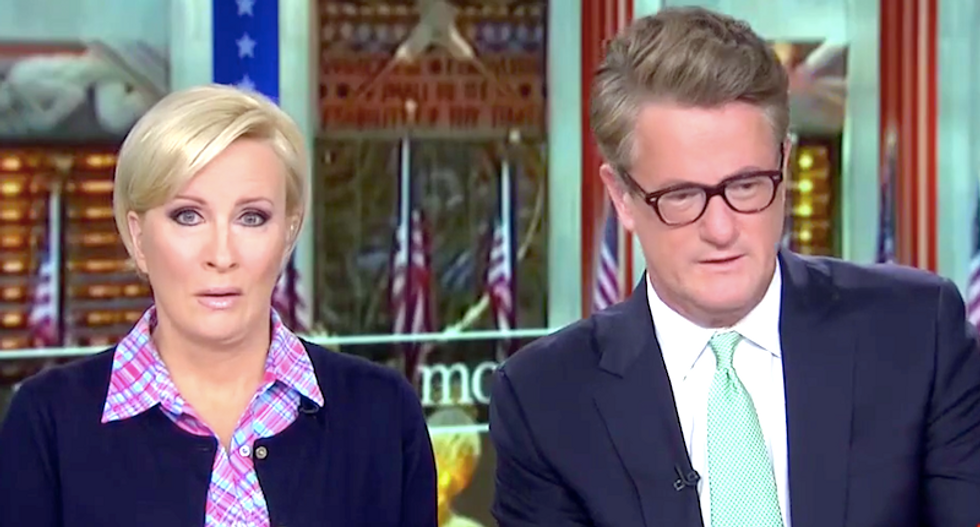 MSNBC's Joe Scarborough was mystified by Trump attorney Jay Sekulow's appearance Sunday on Fox News, where he insisted the president wasn't under investigation moments after complaining that he was.

"If Rob Reiner were to make a 'This Is Spinal Tap' for politics, it really would look a lot like that," Scarbrough said, referring to the 1984 satirical film about "England's loudest band."

"I mean this seriously, I wonder who -- and I'll be honest with you, I get this feeling with Bill Clinton so obviously lied -- I wonder who they think is actually believing that they are not lying other than their most hardened base, when Trump says he's being investigated, Jay Sekulow says it twice," Scarborough said, "and then they go, 'Oh, wait, no, no he's not being investigated.'"

"There is an audience for that, and the base is important when you're under fire," Confessore said. "I'm not saying I think it, but that is the point of it."

"But it's on transcript -- it's right there," Scarborough said. "You are entitled to your own opinions, but as Ronald Reagan said, facts are facts. I can't believe somebody at home would be dumb enough go, 'Oh, yeah, even though they are all admitting they are under investigation now, we believe they are not.'"