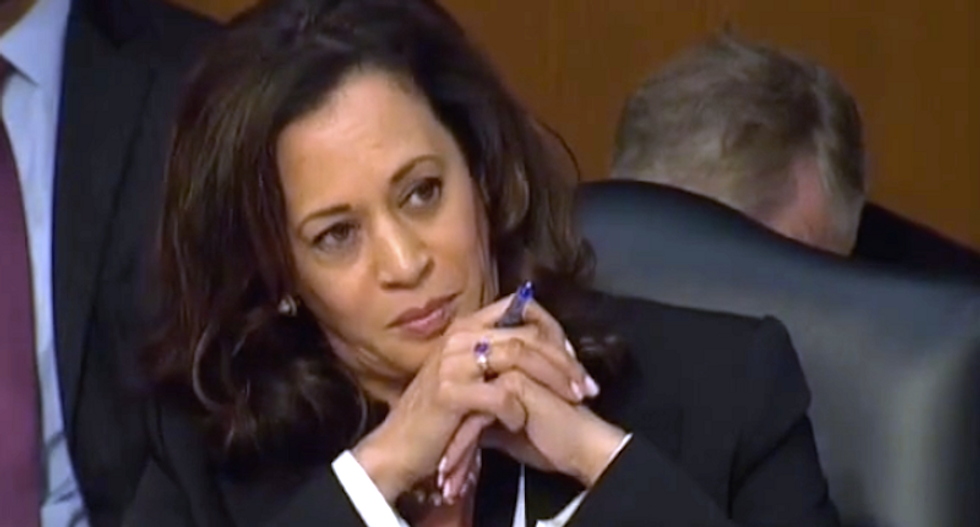 Sen. Kamala Harris (D-CA) on Friday penned an op-ed for the LA Times on the current draft of the Senate healthcare bill, charging her colleagues with voting “blindly on a bill that has life-or-death consequences for those we represent.”

The bill, revealed Thursday, includes massive cuts to Medicaid, and strips the current healthcare law of protections for people with preexisting conditions. The Senate is expected to vote on the bill next week, though in its current iteration, Republicans lack the votes necessary to push the bill through the chamber.

Harris, in her op-ed, took issue with the GOP’s secretive drafting of the bill.

“Republicans are trying to ram their healthcare proposal through the Senate with little to no transparency,” the former California attorney general wrote. “There have been no hearings, no debate, and hardly any time to examine the details of the proposal. We are being asked to vote blindly on a bill that has life-or-death consequences for those we represent.”

Harris pointed out that even the president of the United States has called the draft of the bill “mean,” arguing legislatures should focus on improving the Affordable Care Act instead of trying to gut existing protections afforded to Americans.

“The ACA isn’t perfect,” Harris acknowledged. “And I’m ready to work with anyone who really wants to make it work better.”

“So let’s stop playing politics with public health and people’s lives,” she added. “Let’s reject this hasty and harmful legislation and work together to actually strengthen our healthcare system.”

Read the whole op-ed, at the LA Times.