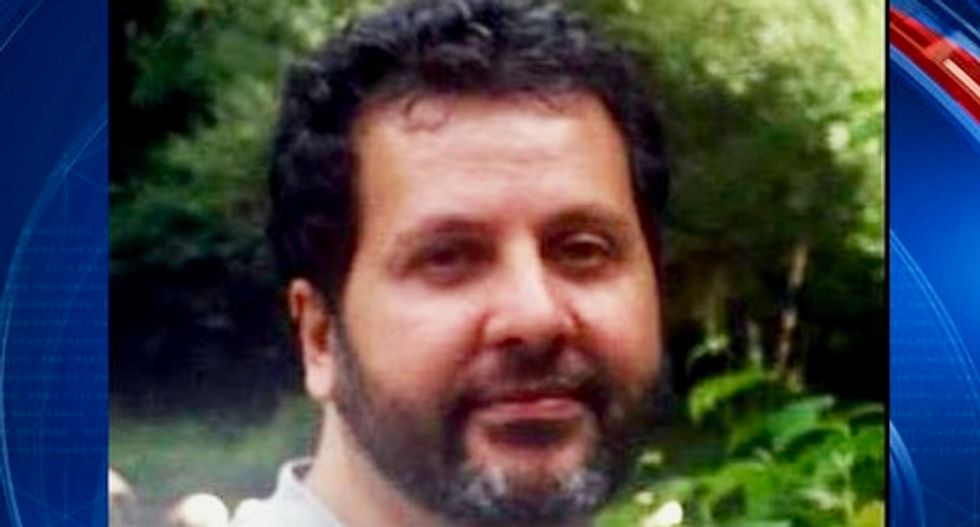 The man charged with stabbing an airport police officer in Michigan unsuccessfully attempted to purchase a gun before the attack, which is being investigated as an act of terrorism, federal officials said on Thursday.

The suspect, Amor Ftouhi, 49, of Quebec, Canada, has been charged in federal court with violence at an international airport for stabbing Jeff Neville, an officer at the Bishop International Airport in Flint, in the neck on Wednesday. Neville underwent surgery and is expected to recover.

"It is a good news story that we have an individual who attempted to buy a gun in the United States and was unsuccessful," David Gelios, special agent in charge of the Detroit division of the Federal Bureau of Investigation, told reporters.

Gelios declined to provide details on where Ftouhi attempted to buy the gun or what type of gun he tried to purchase. The 12-inch, serrated knife Ftouhi used in the attack was bought in the United States, he said.

Ftouhi's attorney, Joan Morgan, did not immediately respond to request for comment.

Ftouhi, originally from Tunisia and who holds dual Tunisian-Canadian citizenship, legally entered the United States from Lake Champlain, New York, on June 16 before making his way to Flint, Gelios said. Ftouhi targeted a city with an international airport, but Gelios declined to say why Flint was chosen.

According to the criminal complaint, Ftouhi yelled in Arabic "Allahu akbar" (God is greatest) before stabbing Neville on Wednesday.

In Montreal, Ftouhi lived in a modest white-brick building in a working-class neighborhood popular with North African immigrants called the Petit Maghreb.

Ftouhi has lived in the building with his wife and three children for close to six years, his landlord, Luciano Piazza, told Reuters. He worked intermittently as a truck driver, according to U.S. court records.

Piazza said he does not know the family well, but has never had any problems with them.

"You cannot disconnect this type of event, terrorism, from Islam in general," he said.

(Reporting by Timothy Mclaughlin and Julia Jacobs in Chicago; Additional reporting by Allison Lampert in Montreal and Anna Mehler Paperny in Toronto; Editing by Leslie Adler)