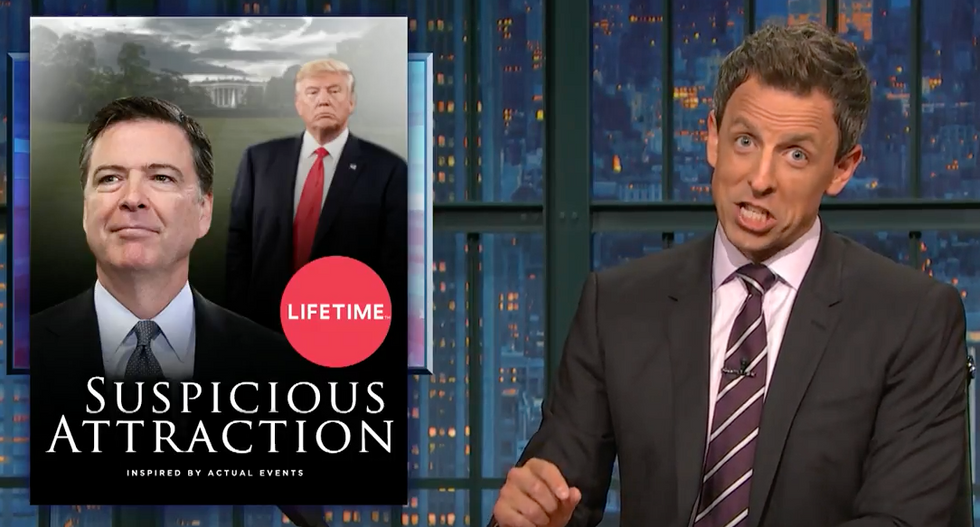 During his “Closer Look” segment Wednesday, Seth Meyers delved deep into former FBI Director James Comey’s testimony regarding his interactions with Donald Trump, and examined how the president’s legislative agenda as essentially stalled thanks to the multiple Russia investigations.

“Turns out it was all an act,” Meyers said. “He made all those people stand behind him so he could sign an office memo.”

He also pointed to Secretary of State Rex Tillerson’s poor reception in New Zealand, noting the Trump administration is like a “narc at Burning Man,” and is losing “Middle Earth.”

“Even Frodo’s like, here’s one finger to rule them all!” Meyers said.

“Trump would not leave him alone,” Meyers said. “He’s only take to Eric [Trump] five times ever, and three of those were, ‘What’s your name again?’”

Meyers then provided a dramatic reading of Comey’s infamous dinner with the president, calling it less “All the President’s Men” and more a “Lifetime Original movie.”

Watch the clip below, via NBC: