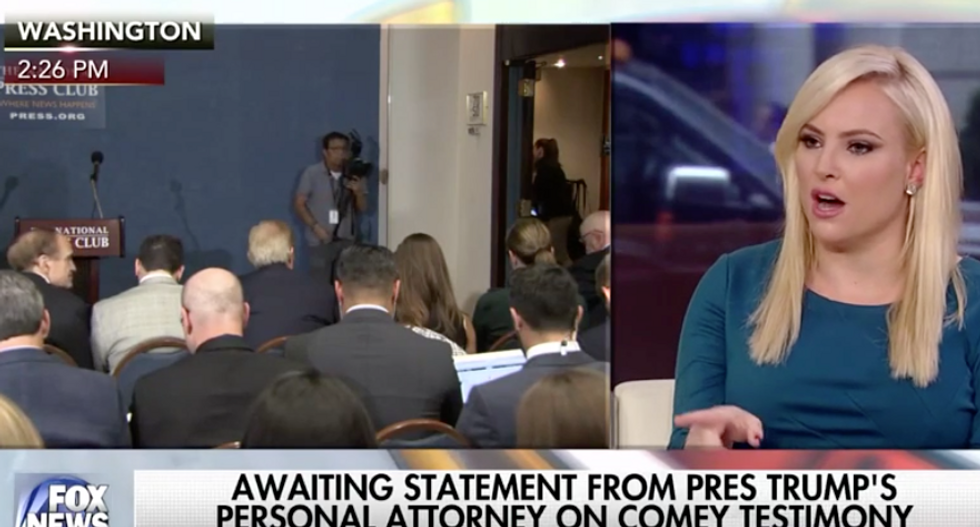 The hosts of Fox News’ Outnumbered on Thursday slammed the White House and GOP’s response to former FBI Director James Comey’s testimony before the Senate Intelligence Committee, noting if a communications officer has to come out and say Donald Trump “is not a liar,” that not good enough.

“So far all we've heard [is] from White House spokeswoman Sarah Huckabee Sanders who just said President Trump's not a liar,” Dagen McDowell said. “It's got to be better than that.” McDowell noted Comey’s testimony included the exact phrase “I thought [Trump] was a liar, That’s why I did what I did,” arguing it’s not enough for the White House to say “no, he’s not.”

Meghan McCain later pointed out the “politics” of the White House response is “really important.”

“The point about Sarah Huckabee's response saying, ‘It’s not good enough.’ Do you know what else is not good enough? [House Speaker Paul] Ryan saying President Trump is young and new at this.” McCain said, referring to a press conference Ryan gave during Comey’s testimony.

“I thought that was terrible,” Judge Andrew Napolitano replied.

“Who ever is doing the messaging on, this it's so wrong—you’re hurting things,” McCain continued. “Both Sarah Huckabee and Speaker Ryan.”

Former Barack Obama State Department spokesperson Marie Harf agreed with McCain. “As a communications person, if you're saying your boss isn't a liar, you're not in a good place,” Harf said. “Let’s just start there. You can't say, ‘I didn't know what the law was or the norm was.’ That's not a good defense.”

“He is president of the United States now,” she continued. “I agree that I was unsatisfied by Paul Ryan's response.”

McDowell read a tweet by Republican political strategist Frank Luntz, proclaiming, “‘The president is not a liar’ is almost as bad as Nixon’s, ‘I am not a crook.’ Bad language. Bad strategy.”

“If your first comment from the White House is just that statement, Sarah Huckabee knows better. She knows better,” McCain added.

“Paul Ryan,” Napolitano continued. “You talk about damning, that could have been said tongue and cheek by Mrs. [Nancy] Pelosi, his opposite member.”