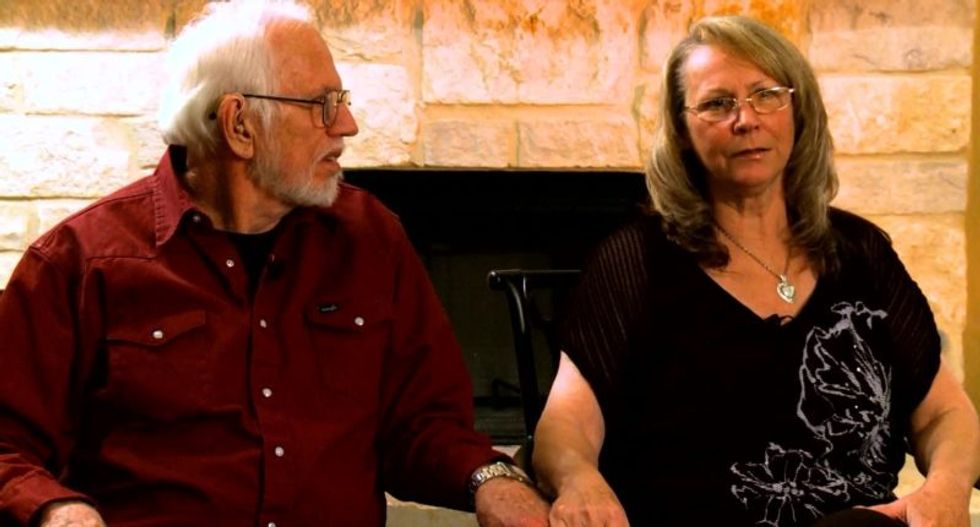 Dan and Fran Keller, victims of the "Satanic panic" (via Youtube).

According to The Intercept, a Texas couple falsely convicted of sexual crimes against children during the early 90's "Satanic panic" have finally been exonerated.

In 1992, Fran and Dan Keller were both sentenced to 48 years in prison over accusations of sexual abuse crimes related to children they babysat in their home daycare center outside of Austin. The accusations stemmed first from the testimony of one pre-schooler who claimed Dan Keller spanked her, and soon were twisted into many of the trademark accusations in the "Satanic panic" mass hysteria that gripped the nation in the 90's, much of which occurred under the persuasion of parents, therapists and police officers.

In 2013, after spending 21 years behind bars, the Kellers were released from prison after journalist Jordan Smith revealed that the medical opinion of the then-novice emergency room doctor that examined one of the children in the case was incorrect. The doctor initially concluded in 1991 that the child may have been abused, but soon after learned that the signs he took as abuse were normal physical variants.

The police reports on the Kellers, which Smith and the Austin Chronicle fought in court to obtain, were written in all-caps and read like a "run-on-sentence fever dream full of breathless accusations." The police report revealed that an officer obtained testimony from a child after taking her to McDonald's before driving her around the neighborhood where she would point out locations of places the Kellers supposedly "burned babies" and committed other heinous (and false) acts.

After the then-district attorney concluded that the Kellers had not received a fair trial, they were released -- but were not granted exoneration because the DA said she could not find a "pathway to innocence" for them.

Although the trial had been thrown out, the Kellers were still subject to the child sex crime convictions they'd served for, and accordingly had difficulty finding work and sustaining themselves. Now, with their exoneration, they'll receive $1.7 million from the state for the time they spent behind bars.