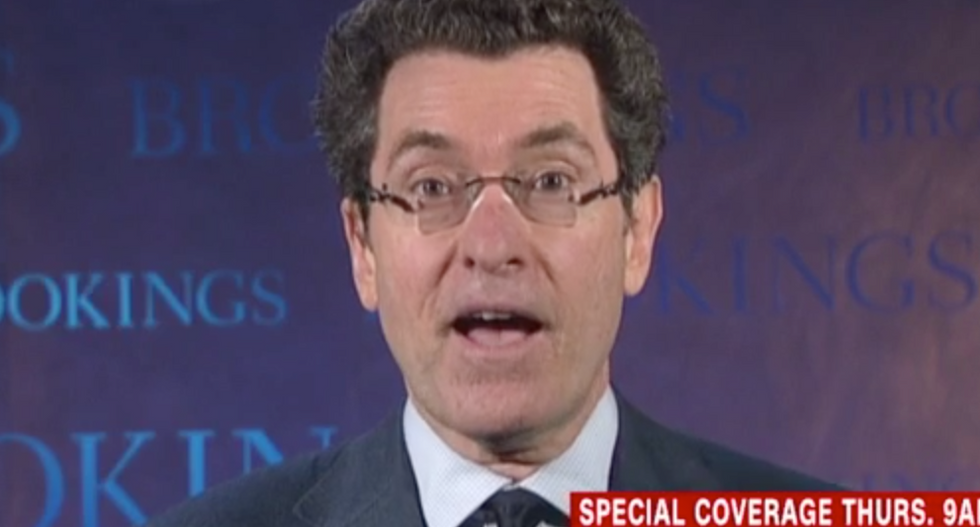 An Obama-era ethics czar on Wednesday told CNN’s Brooke Baldwin that former FBI Director James Comey’s testimony to the Senate Intelligence Committee is “the equivalent of the Nixon tapes.”

"I think it's remarkable," Norman Eisen said during an interview on CNN’s “Newsroom.”

”Clearly Director Comey is looking ahead to the day beyond the hearing tomorrow when he may have to testify about this,” Eisen continued. “Whether it's in an obstruction proceeding, or an impeachment proceeding, or something else.”

Eisen said Trump urging Comey to pledge loyalty to him rises to the level of Richard Nixon’s secret recording. "This moves us into the same realm as Nixon's obstruction, maybe worse," Eisen said. "This is the equivalent of the Nixon tapes. We are headed into very, very choppy waters."

Referring to Thursday’s hearing, Eisen added the impending testimony represents “another turn of the screw for President Trump on the obstruction of justice front."

Norman Eisen: "This is the equivalent of the Nixon tapes" https://t.co/JK1r2qY4x5