'They brought this on themselves': Ex-Bush speechwriter says the whole GOP is going down with Trump 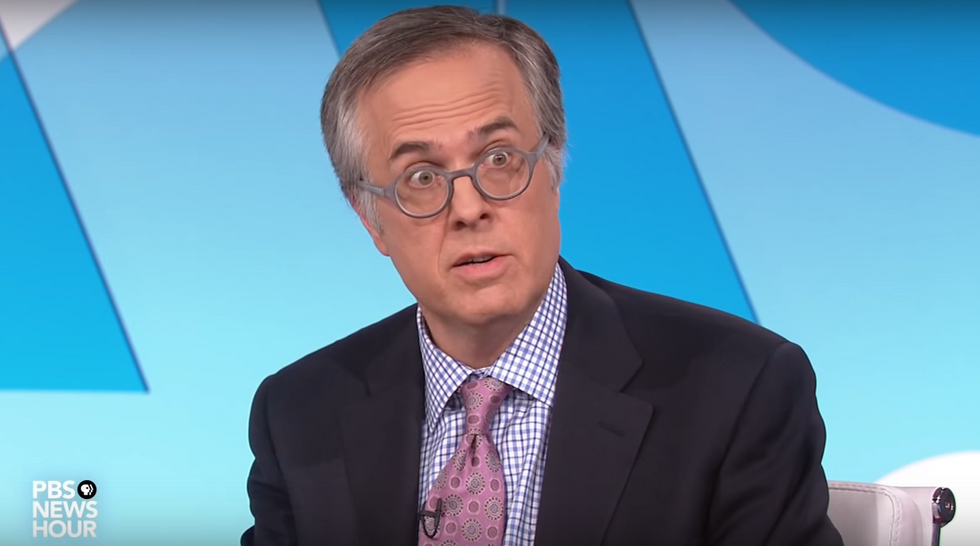 Michael Gerson, a former speechwriter for President George W. Bush, has written a column in the Washington Post outlining Republicans' options for eventually ridding themselves of President Donald Trump.

Unfortunately for the GOP, however, Gerson believes that the party has precisely zero good options.

"A primary challenge to Trump in the 2020 presidential election is more attractive, but very much an outside shot," Gerson writes. "A Democratic victory in the 2020 election would represent the defeat of Trumpism and might be a prelude to Republican reform. But Democrats seem to be viewing Trump’s troubles as an opportunity to plunge leftward with a more frankly socialistic and culturally liberal message."

Nonetheless, Gerson doesn't think it would be responsible for conservatives to simply sit on their hands given the disastrous trajectory of Trump's presidency so far.

"Republicans and conservatives could just try to outlast Trump — closing the shutters and waiting for the hurricane to pass," he suggests. "This may be the most practical approach but risks eight years of ideological entrenchment by Trumpism, along with massive damage to the Republican brand. A complacent idea."

In the end, he concludes that any process to rid the Republican Party of Trump will be ugly -- but he says GOP leaders have no one but themselves to blame.

"Whatever option is chosen, it will not be easy or pretty," he writes. "And any comfort for Republicans will be cold because they brought this fate on themselves and the country."