They hate us for our freedoms? Muslim mourner at scene of London attack wears American flag t-shirt 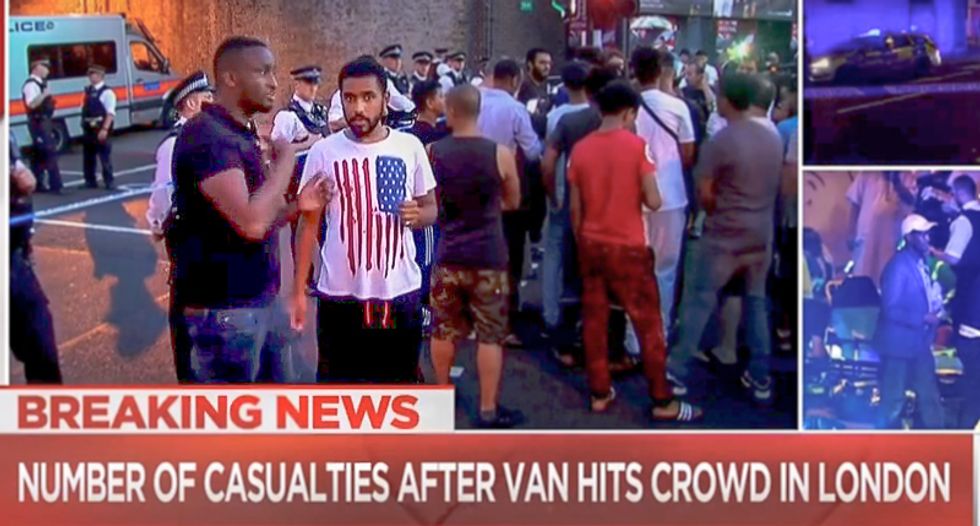 A Muslim man mourning at the scene of a deadly attack in London defied right-wing stereotypes on Monday by wearing an American flag t-shirt.

Early Monday morning, a van plowed through a group of Muslims who were leaving prayers outside a North London mosque. At least one person was left dead and many more were injured. Police are reportedly investigating the incident as a "terrorist attack."

During MSNBC's coverage of the aftermath, one man outside the mosque could be seen proudly wearing an American flag t-shirt.