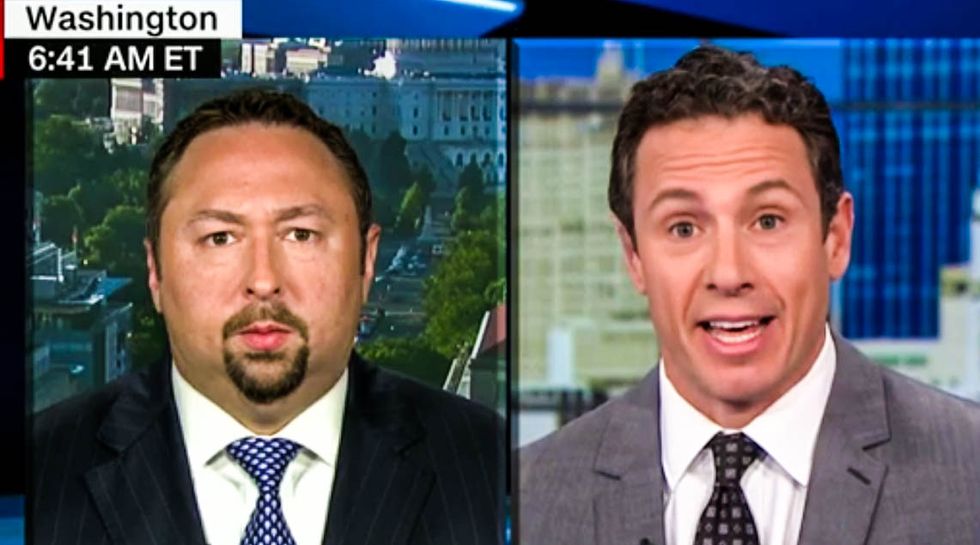 President Donald Trump is very quick to comment on terror attacks where Muslims are the alleged perpetrators, as he did immediately after the London Bridge attack earlier this month.

However, Trump so far has been completely silent about the attack against Muslims who were exiting a London mosque early on Monday morning, which has sparked charges that he doesn't care about acts of terrorism when its victims are Muslims.

In an interview with former Trump campaign official Jason Miller on Monday, CNN's Chris Cuomo asked him why the president was taking so long to comment.

"What would be wrong with... just wishing the best to your ally Britain?" Cuomo asked.

"We don't know everything that's going on behind the scenes," Miller replied. "We don't know what's coming in from intelligence reports."

"There can't be any reason not to express condolences," Cuomo objected. "What could you find out that would make that inappropriate?"

"There very well might be the possibility that that's something that's going to happen today," he replied. "But I think the president pretty clearly had his focus on the Americans that were killed yesterday... and look, this attack literally, Chris, just happened yesterday."

While the attack did just happen one day ago, Trump quickly responded to the London Bridge attacks within hours of it occurring, as he used it to once again push for his proposed travel ban from multiple Muslim countries.