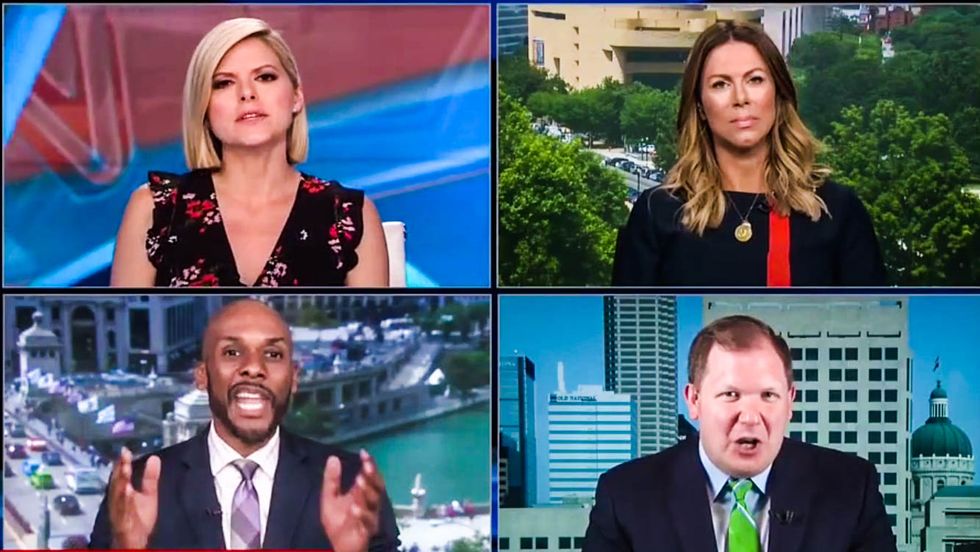 While acknowledging that he personally wouldn't have attacked Brzezinski in this manner, he said Trump was entirely justified in hitting back against media figures that criticize him on TV.

"When he is under attack, he fights back," Seat said. "This is partly what the American people wanted him to do, they knew this going in, that he is a fighter... People are questioning his mental fitness for the job on networks all across the spectrum, people are saying he should be physically harmed, these so-called celebrities making comments like that all the time. The guy's under a lot of pressure and he's fighting back."

Panelist Keith Boykin, however, was not accepting this line of argument and slammed Seat for shamelessly trying to excuse the inexcusable.

"This is ridiculous, this is absolutely absurd that you are not condemning this petty, vindictive, sexist attack," he began. "How much longer will Republicans allow Donald Trump's childish behavior, his petty vindictiveness, to consume our country's politics? This has to end!"

Boykin then challenged all Republicans -- as well as Trump's own family -- to come together and tell him to stop tweeting out insults at cable news personalities.

"Melania Trump said that she was going to fight against cyber-bullying -- well, Donald Trump is the chief cyber bully in our country," he said. "She needs to stand up to her husband today and look him in the eye and say, 'Cut it out! This is shameful, it's disgraceful.'"