'This was not a depressed man': Chris Cornell's widow gives first interview since singer's suicide 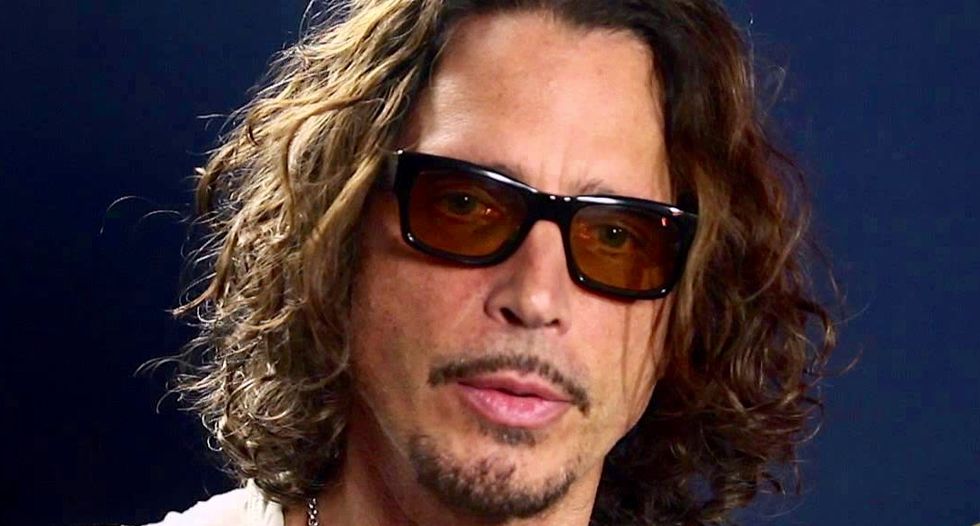 Chris Cornell's widow blamed prescription medication for the rock singer's suicide in her first interview since his death last month.

Vicky Cornell told People her husband had struggled with substance abuse since childhood but had been sober for years, until shortly before his death.

“My Chris was happy, loving, caring and warm,” Vicky Cornell said. “This was not a depressed man — it wasn’t like I missed that. What I missed were the signs of addiction.”

The 52-year-old Cornell was found dead May 18 in a Detroit hotel room, where investigators said he hanged himself hours after performing a concert at the Fox Theater.

The Soundgarden and Audioslave singer had prescription drugs, including anti-anxiety medication Ativan, in his system when he died, and his widow blames a reaction to those medications for his death.

“He didn’t want to die,” Vicky Cornell said. “If he was of sound mind, I know he wouldn’t have done this.”

Physicians say the combined effects of mood-altering drugs can be unpredictable, and Vicky Cornell said her husband seemed sleep-deprived in the months before his death despite taking Ativan as a sleep aid.

“That was a sign something was off,” she said.

The singer woke her up the night he died by remotely turning off their lights at home with his smart phone, so she called him.

“He was on a rant,” Vicky Cornell said. “I said, ‘You need to tell me what you took,’ and he just got mean. That wasn’t my Chris.”

She called his bodyguard, who said the singer had taken a double dose of Ativan, but her husband didn't answer her panicked call -- so she sent the bodyguard to Cornell's hotel room, where he was found slumped in a bathroom and later pronounced dead.

“Addiction is a disease,” Vicky Cornell said. “That disease can take over you and has full power.”