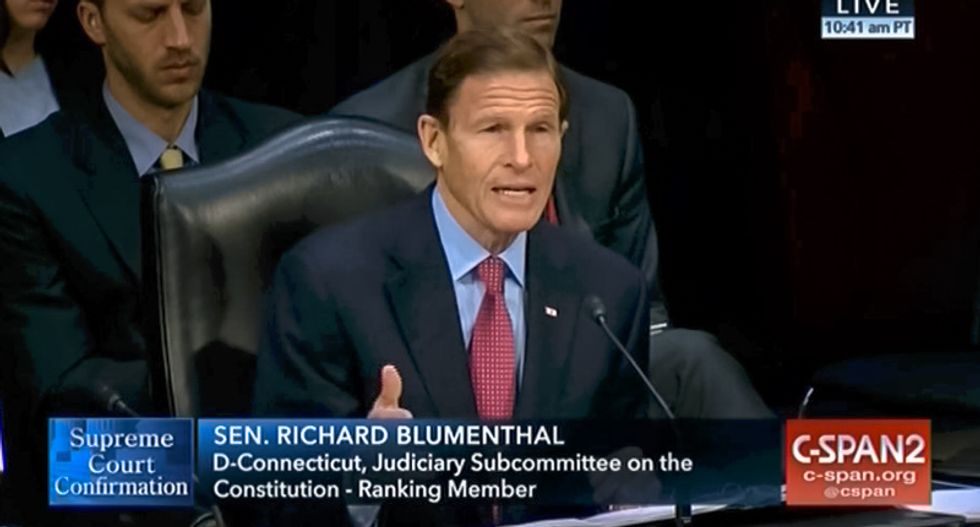 A United States Senator revealed live on MSNBC that he had asked for Mike Flynn's security clearance to be reviewed in December.

Senator Richard Blumenthal (D-CT) made the announcement on "Hardball" with host Chris Matthews. Before joining the US Senate, Blumenthal served as a federal prosecutor and spent two decades as Attorney General of Connecticut.

"I asked for Flynn's security clearance to be reviewed back in December, before he was even hired," Senator Blumenthal recounted.

Blumenthal's colleague on the Judiciary Committee, Senator Sheldon Whitehouse, made news yesterday when he said on CNN that he believed prosecutors had "flipped" Mike Flynn.

“All of the signals are suggesting that he’s already cooperating with the FBI and may have been for some time,” Sen. Whitehouse told Wolf Bliztzer. “All the subpoenas are one hop away from Flynn, he’s like the hole in a donut of subpoenas.”

Like Sen. Blumenthal, Sen. Whitehouse served as a federal prosecutor and state Attorney General before being elected to the Senate.

According to the New York Times, CIA Director Mike Pompeo allowed Flynn into sensitive and classified intelligence briefings despite multiple intelligence agencies warning him that Flynn was a security risk.

Blumenthal tells @hardball he asked for Flynn's security clearance to be reviewed in *December*, said there was "en… https://t.co/ydSIGzWzwz
— Kyle Griffin (@Kyle Griffin)1498089760.0