Treasury's Mnuchin says not concerned by lower US tax receipts 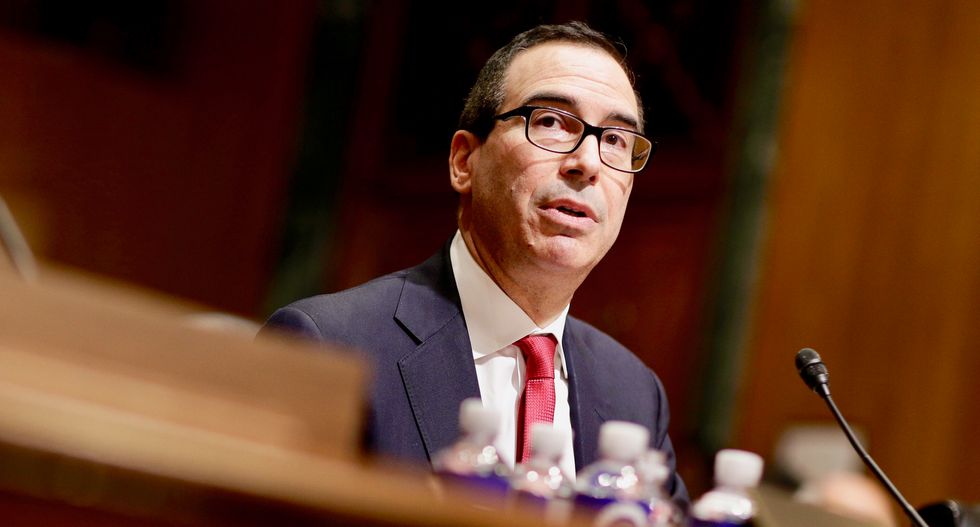 U.S. Treasury Secretary Steven Mnuchin on Friday said he was not worried by the fact that Washington's tax revenues were lower than expected and also said he had a backup plan for funding government if Congress did not raise the debt ceiling by August.

A May 5 report by the nonpartisan Congressional Budget Office said government tax receipts for early 2017 were 3 percent lower than expected.

"Receipts are coming in somewhat lower, and I think that's in expectation of that (sic) we're going to do tax reform," Mnuchin told a news conference in the Canadian capital Ottawa.

"I've been consistent in (saying) we hope Congress deals with the debt limit as soon as possible but in any event, we're not concerned. We're focused on ... the credit of the U.S.," he added.

Mnuchin wants lawmakers to raise Washington's borrowing limit before they break for a long recess in August.

Asked what would happen if Congress did not act before then, he replied: "We will be fine if they (Congress) don't do it beforehand ... we have plans and back-up plans for funding the government."