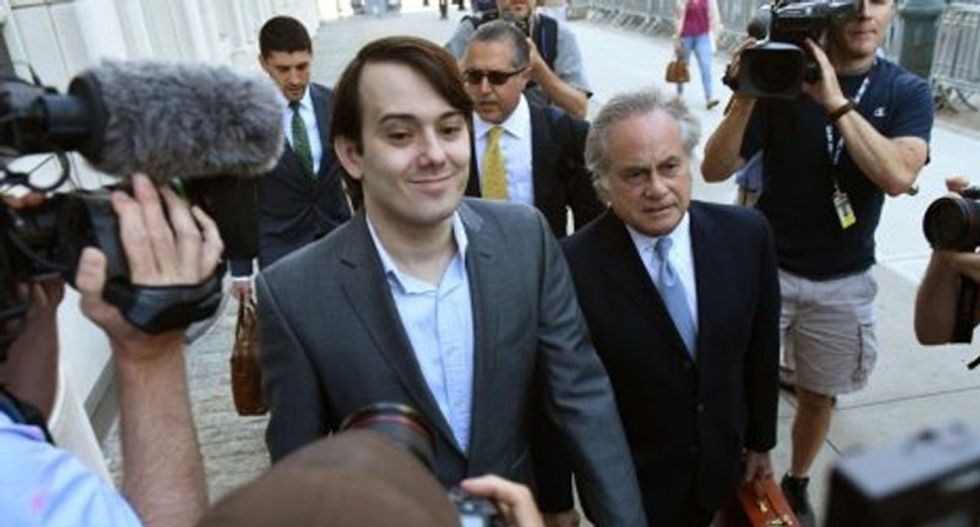 The US securities fraud trial of Martin Shkreli, a former pharmaceutical executive who gained notoriety for jacking up the price of an HIV drug by 5,000 percent, has been delayed due to difficulties in finding impartial jurors.

Shkreli, the ex-boss of Turing Pharmaceuticals, stands accused of lying to investors and running a Ponzi-like scheme across multiple firms.

The charges -- which could land him 20 years in prison if convicted -- are unrelated to the price hike that brought him widespread public scorn.

His trial was set to begin in federal court in Brooklyn on Monday following the selection of jurors, a process that normally takes a few hours.

But on Wednesday morning, Judge Kiyo Matsumoto summoned a new group of some 150 potential jurors after having had to excuse dozens on Monday and Tuesday, prosecutors said.

Opening arguments are now unlikely to take place before Thursday.

Many potential jurors were ruled out for having overtly negative opinions about the 34-year-old Shkreli.

According to the New York Post, one juror described him as a "snake" while another called him "the face of corporate greed."

Such comments prompted Shkreli's attorney, Ben Brafman, to demand -- in vain -- that the trial be called off.

Shkreli allegedly used $11 million in stock from his first pharmaceutical company Retrophin to pay off investors who lost money in two of his hedge funds.

He resigned from Turing shortly after his indictment in December 2015, after which he was released from prison on bond.

Shkreli earned the label "the most hated man in America" after his astronomical price hike on Daraprim from $13.50 a pill to $750.

He smirked through a congressional hearing scrutinizing his actions in early 2016, and has since gone on to earn a reputation for an extravagant, self-publicizing lifestyle.

His Twitter account was suspended in January after he was accused of harassing a journalist, though he contended he was banned for his support of President Donald Trump.

Shortly after Trump's election victory, Shkreli leaked a one-of-a-kind album by Wu-Tang Clan, which he bought for $2 million with the stipulation that he doesn't release it commercially for 88 years.