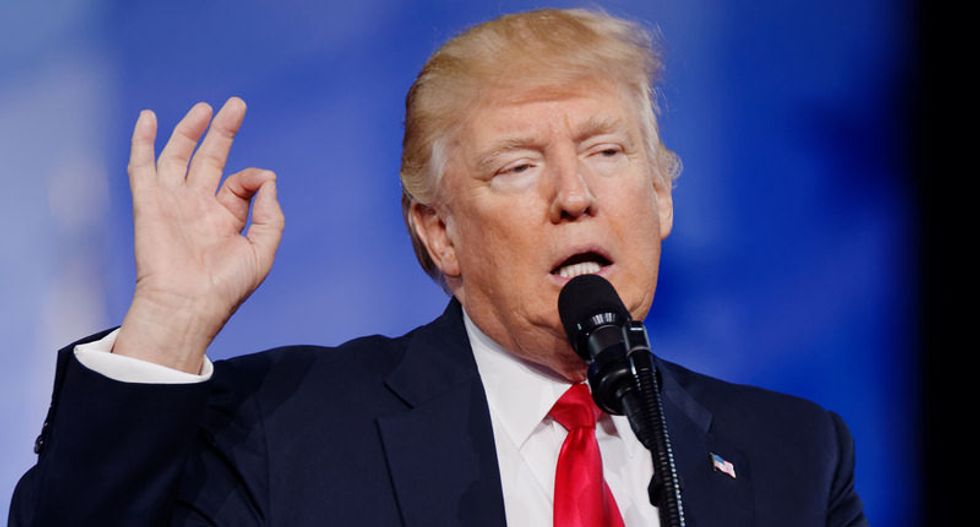 The Trump administration on Wednesday moved to amend the starting date of its proposed 90-day travel ban on people entering the United States from six Muslim-majority countries in a bid to keep its legal battle alive.

The amendment appears intended to avoid the administration's legal case at the U.S. Supreme Court becoming moot on grounds that parts of the executive order have expired.

Challengers to the ban have said in court papers that it should expire on Wednesday, 90 days after the executive order was due to take effect on March 16.

A memo issued by the White House, as the Supreme Court considered two challenges to the ban, said parts of the order put on hold would not expire before they can go into effect, and the start date would be when court injunctions were lifted.

The move is part of administration efforts to have the high court rule that the controversial ban should immediately go into effect after Trump's first attempts to impose travel restrictions were blocked by lower courts.

Lawsuits by Hawaii and Maryland challengers argued the order violated federal immigration law and a section of the Constitution's First Amendment, which prohibits the government favoring or disfavoring any particular religion. The Trump administration has said it is needed to protect national security.

Soon after the memo was issued, Acting Solicitor General Jeff Wall filed court papers saying that it resolved "any doubt" about the effective date of the order.

If the case was moot, the nine justices would have no reason to rule on it and lower court rulings against the administration would remain in place.

The Supreme Court on Tuesday gave the Trump administration more time to file papers responding to an appeals court ruling on Monday that upheld a block on the travel ban.

The court's action likely delayed any decision on administration requests for the ban to go into effect until at least next week.

The 9th Circuit largely upheld the Hawaii injunction on Monday.

In the second case, the Richmond, Virginia-based 4th U.S. Circuit Court of Appeals, on May 25 upheld the Maryland judge's ruling.