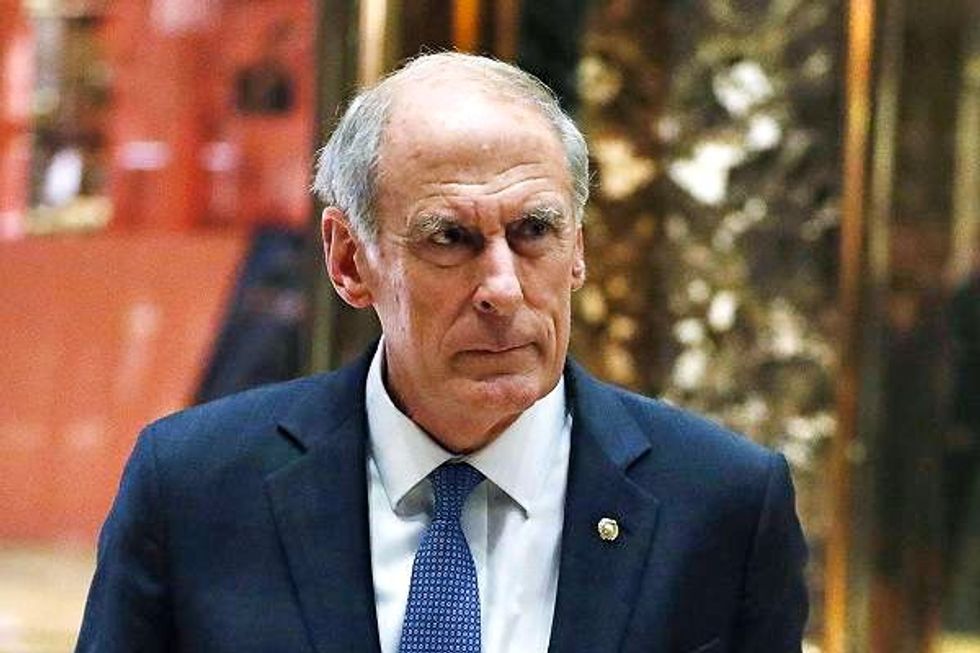 A new Washington Post report reveals that President Donald Trump asked the newly-confirmed Director of National Intelligence Daniel Coats to intervene to "curtail" the FBI's Russia probe during a March meeting in the Oval Office.

After a White House briefing, the Post reported, Trump cleared the room of everyone except Dir. Coats and CIA Director Mike Pompeo and then "started complaining about the FBI investigation and Comey’s handling of it," according to sources who spoke to the Post.

"After the encounter," anonymous officials told the Post, "Coats discussed the conversation with other officials and decided that intervening with Comey as Trump had suggested would be inappropriate."

Coats is expected to testify tomorrow before the Senate Intelligence Committee about his meeting with Trump.

Earlier on Tuesday, CNN reported that Coats, who was formerly an Indiana senator, is under pressure to reveal the interactions he had with the president as accusations mount about Trump colluding with Russia.

Read the entire report alleging that the president asked the DNI director to intervene in the FBI's Russia probe via the Post.