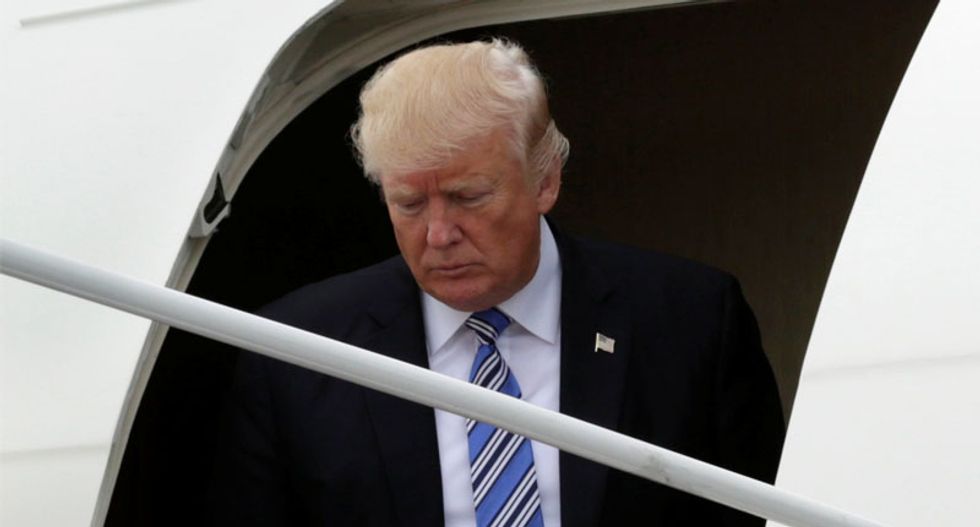 U.S. President Donald Trump arrives at Joint Base Andrews outside Washington, U.S., after a day trip to Lynchburg, Virginia, May 13, 2017. REUTERS/Yuri Gripas

Comey testified that Trump asked him to let go of the probe into his former national security adviser Michael Flynn, and also said that Trump asked for his loyalty. Trump disputes those points, the source said.