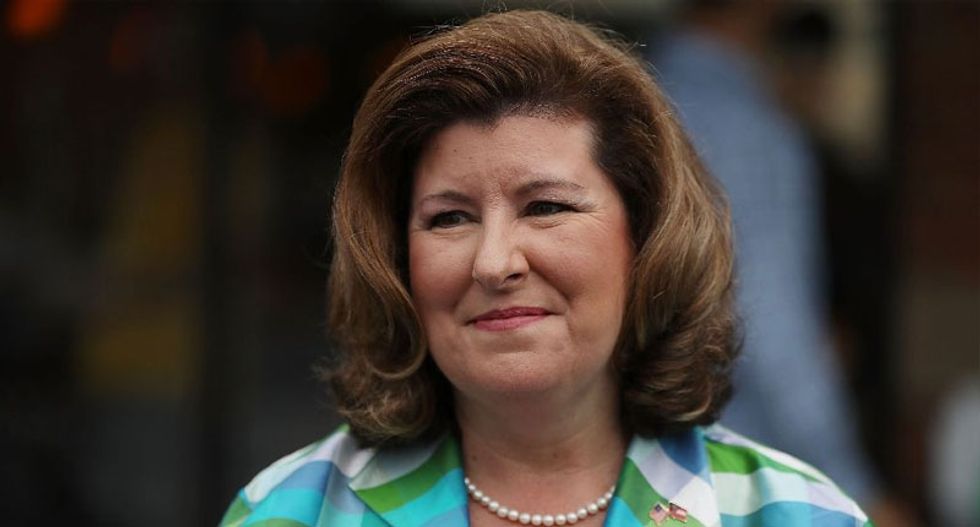 Handel, an establishment Republican and former state secretary of state, defeated Democratic challenger and political novice Jon Ossoff by about five percentage points, US television networks projected, denying Democrats what would have been their first election victory of the year.

Her win marked an impressive rebound from polling that showed her narrowly trailing her rival as the vote approached, and signalled that Republican disillusionment about Trump was not as deep as Democrats were counting on.

In her victory speech, Handel even gave "a special thanks to the president of United States of America" as the crowd went wild chanting Trump's name.

The result comes as relief for Republicans who had grown concerned about whether their party, buffeted by the scandals that have plagued the Republican president, could hold the seat in Georgia's sixth district, which became the most expensive congressional race in US history.

"Congratulations to Karen Handel on her big win in Georgia 6th. Fantastic job, we are all very proud of you!" tweeted Trump, who had publicly implored Republicans to troop to the polls to back the candidate.

While the White House had played down the national importance of the Georgia race, Trump had gone all in on Handel, and the Republican Party no doubt sees the victory as a shot in the arm as it prepares to fight to preserve its control of Congress in next year's mid-term elections.

Trump's party also claimed victory in another congressional race Tuesday, in neighboring South Carolina. Both contests were held to replace lawmakers who vacated their seats in order to join the Trump cabinet.

Democrats have now lost all four opportunities to win in special elections so far this year, following earlier losses in Republican-held districts in Kansas and Montana.

The victories gave Trump a chance to gloat. "Well, the Special Elections are over and those that want to MAKE AMERICA GREAT AGAIN are 5 and O! All the Fake News, all the money spent = 0," he tweeted, apparently believing that there had been a fifth race.

The Democrats had portrayed each of the races as a referendum on Trump's scandal-plagued presidency.

"We're still going to be on the defense in November of 2018," with Trump a likely "liability," he added.

But while Republicans were facing a sobering reminder of their president's poor approval ratings, Handel steadied the ship in a district that only narrowly backed Trump in last November's vote.

In conceding the race, Ossoff, a filmmaker and former political staffer, signalled that Democrats could learn from these races and prepare for the larger battle for control of the US Congress in 2018.

"This is not the outcome many of us were hoping for," he told supporters. "But this is the beginning of something much bigger than us."

Later on Twitter, Ossoff wrote that for months the district "has been a beacon of hope for people across the country. We showed the world that in places no one even thought it was possible to fight, we can fight. And we will fight."

At least one Democratic lawmaker called Ossoff's loss a "wake-up call for Democrats."

"We need a genuinely new message, a serious jobs plan that reaches all Americans, and a bigger tent not a smaller one," he added.

Republicans have held the seat since 1979. But as an increasingly well-educated and diverse suburban district, it is the kind of territory Democrats need to win if they want to gain the 24 seats necessary to reclaim the House in 2018.

"We're moving in the right direction," she told CNN.

But Handel's win is expected to energize Republican lawmakers in Washington as they seek to push forward with their repeal of Barack Obama's health care plan as well as tax law overhauls.