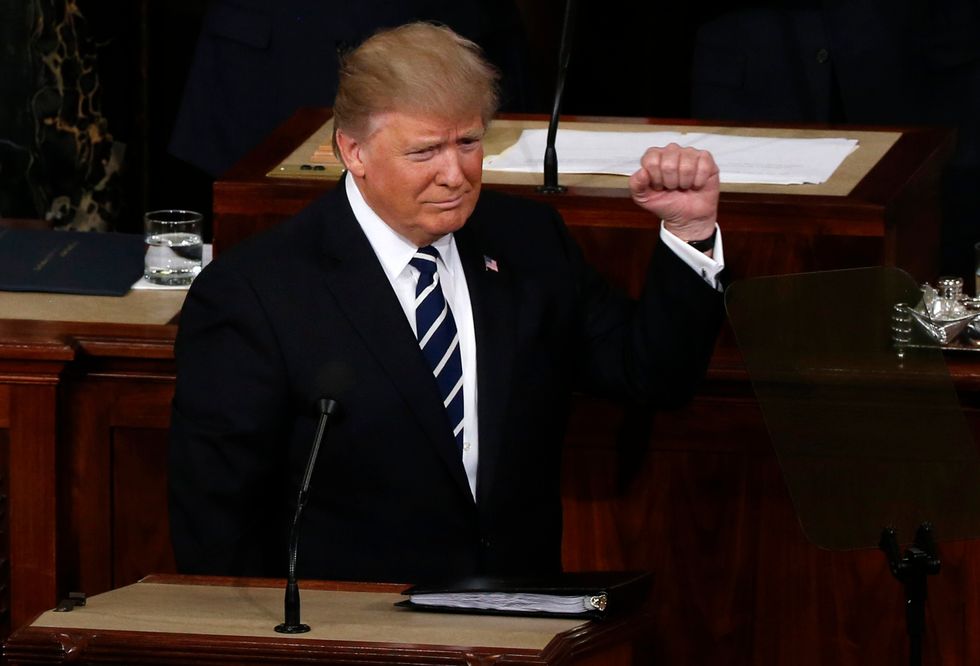 Sen. Chris Murphy (D-CT) on Monday said that President Donald Trump was "quietly" starting a war against Syrian without the approval of the United States Congress.

After an American American F/A-18 jet shot down a Syrian warplane on Sunday, Russia warned that it would treat U.S. jets in Syrian airspace as "targets."

In a tweet, Murphy pointed out that it was the fourth direct engagement Trump has taken in Syria in less than two months, and he accused the president of "starting a new war that Congress has not declared."