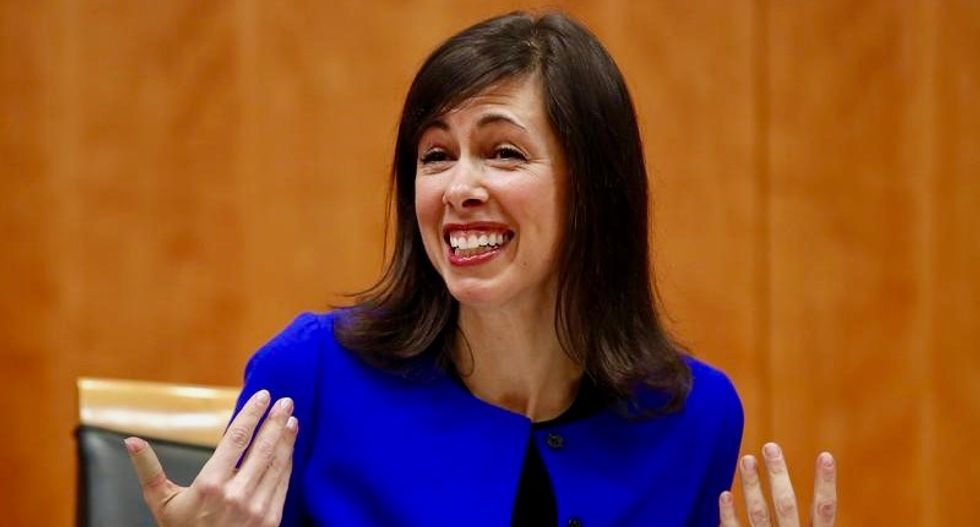 The U.S. Senate will again consider Jessica Rosenworcel, a Democrat, to be a commissioner of the Federal Communications Commission after Republican President Donald Trump nominated her late on Tuesday.

Rosenworcel served as a commissioner for the regulator until the end of 2016 when lawmakers failed to take up her re-nomination under former President Barack Obama, handing Republicans a 2-1 majority on the five-seat commission.

The White House announced the decision on Tuesday night. Rosenworcel did not immediately reply to a request for comment.

Her nomination coincides with the agency working to reverse Obama-era regulations, including the former Democratic president's landmark 2015 net-neutrality rules prohibiting broadband providers from giving or selling access to certain internet services over others.

FCC Chairman Ajit Pai, tapped by Trump in January, has also said he wants to dismantle other significant regulations as part of a sweeping review that he said would remove barriers to business and modernize rules. Pai has also proposed significant changes to local TV ownership limits and plans other changes to media regulations.

If confirmed, Rosenworcel would join Democratic commissioner Mignon Clyburn, whose term ends on June 30. It is not clear if Clyburn plans to stay on the commission.

Industry and congressional officials also expect Trump to nominate Brendan Carr, a Republican who is currently general counsel at the FCC and an adviser to Pai, to an open seat.

Democrats insisted Republicans had agreed in 2015 to reconfirm Rosenworcel as part of a deal to confirm O'Rielly. Republicans denied there was a deal but the standoff had delayed consideration of telecommunications legislation in the Senate.

Pai would be forced to leave the commission if he is not reconfirmed by the end of the year.

"Better late than never," Senator Bill Nelson of Florida, a Democrat, said in a statement on Rosenworcel's nomination. "The Senate should now move quickly to confirm her and fulfill the promise that was made two years ago."