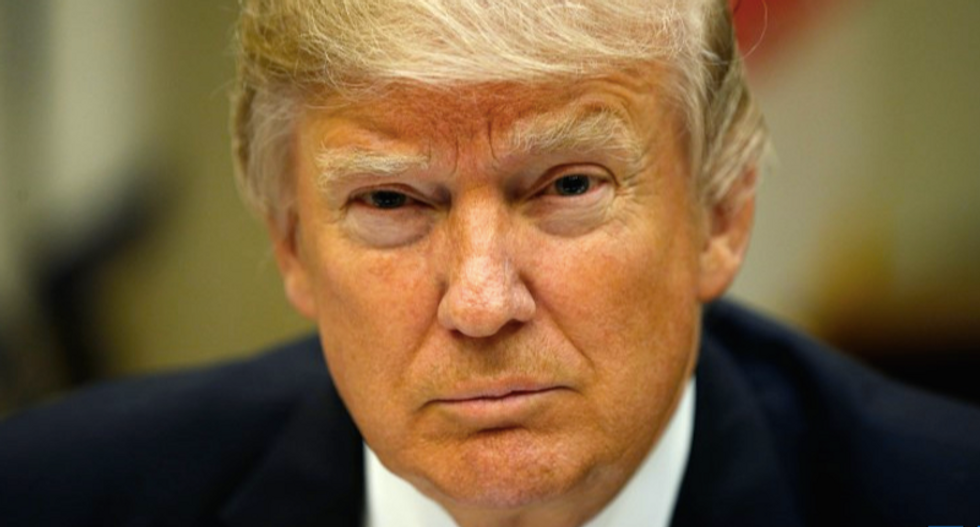 President Donald Trump looks up while hosting a House and Senate leadership lunch at the White House in Washington, U.S. March 1, 2017. (REUTERS/Kevin Lamarque)

According to a report in the Washington Post, President Donald Trump's proposed budget would slash funding for programs that provide shelter for the poor but would leave in place housing subsidies paid to landlords.

The report notes that Trump would continue to be the beneficiary of such subsidies after receiving millions of dollars as a part-owner of Starrett City, the nation’s largest subsidized housing complex. According to Trump's most recent financial disclosure, his 4 percent ownership stake in the complex garnered him at least $5 million between January of last year and April 15

According to a spokesperson for the Department of Housing and Urban Development, the partnership that owns the complex has received more than $490 million in subsidies since May 2013 - $38 million of which has come since Trump took office.

Starrett City is a complex of 46 brick towers west of New York’s John F. Kennedy Airport, and Trump once lauded it as “one of the best investments I ever made."

The report notes that actually it was Trump's father who invested in the complex.

“Upon Fred Trump’s death, his four children inherited his interests,” Bob Liff, a spokesman for Starrett City Associates explained. “There’s been no change, except that Donald Trump’s holding was placed in a revocable trust upon becoming president.”

After becoming president, Trump turned over management to his sons.