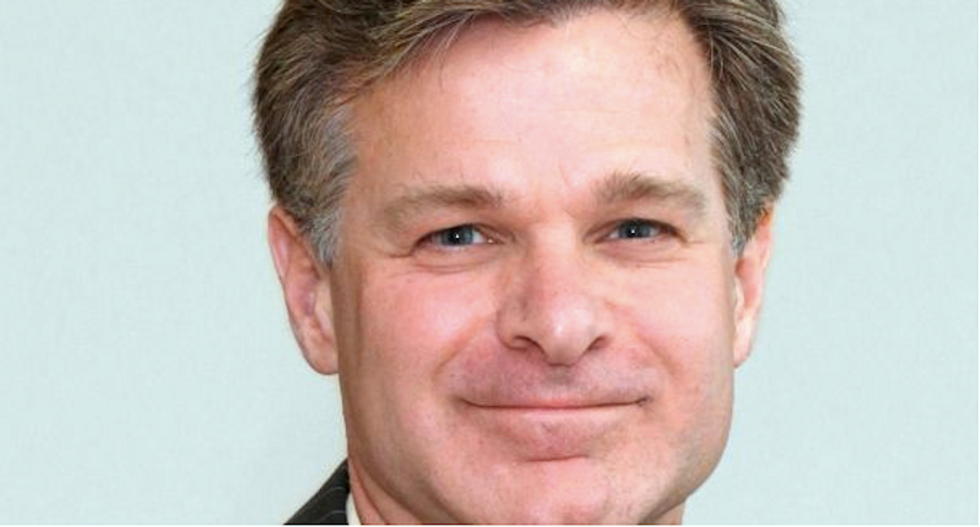 President Donald Trump's nominee for FBI director changed a portion of his online biography that showed he opposed Russian authorities in court.

Christopher Wray represented an American energy executive in 2016 was under criminal investigation by the Russian government, but his biography for law firm King and Spalding no longer shows a reference to that case, reported CNN.

That detail was added to his biography in 2009 but removed sometime this year, the network reported.

A CNN analysis showed few changes to Wray's bio for the law firm, with most of those revisions being minor word changes or additions.

The client's name was not revealed on the firm's website, and a spokeswoman for King and Spalding declined to identify the business executive.

A representative from the law firm said Wray made the change himself before Trump's inauguration, and before he considered that he might be tapped for a post in the administration.

"Chris made this change to his bio, along with other minor tweaks, in an attempt to make the material more current," said Micheline Tang, spokeswoman for King and Spalding. "At the time he made the adjustments -- January 12, 2017 -- he was not being considered for, and did not anticipate being nominated for, FBI Director, or any position in government."

She said Wray worked on the case, which involved an American citizen who lives in the U.S., only in 2006, after he left a Justice Department post under George W. Bush, but other King and Spalding attorneys continued working on the case in 2007 and 2011.

"During the course of the dispute, the Russian government sought to exert leverage against this executive and the company by initiating a criminal investigation in Russia against him," Tang said. "Chris and the firm were engaged to handle the U.S. legal issues that arose from the situation."

Senators will have a chance to question Wray about the case, and the changes made to his biography, during his confirmation hearings.