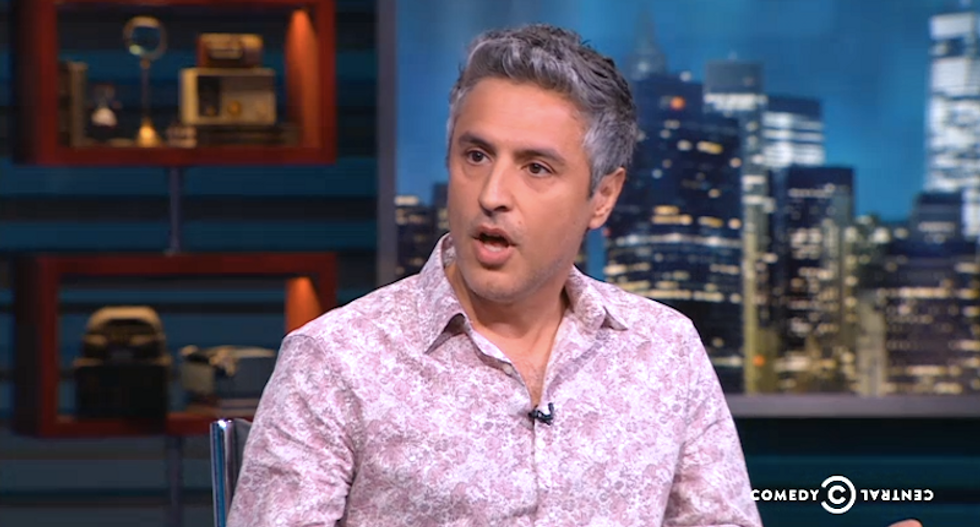 “CNN has decided to not move forward with production on the acquired series ‘Believer with Reza Aslan,’” CNN said in a statement. “We wish Reza and his production team all the best.”

“'Believer' means a great deal to me and to the countless viewers it’s reached," Aslan said in his own statement on Twitter. "Its message of religious tolerance and exploration is extremely important right now. I am deeply grateful to CNN for giving me the opportunity to launch the show and to amplify my voice on their network. I am especially grateful to the legion of people within the Turner organization who worked so hard to make the show a hit series."

“However, in these politically charged times, the tenor of our nation’s discourse has become complicated, and I recognized that CNN needs to protect its brand as an unbiased outlet. Similarly, I need to honor my voice,” he continued. “I am not a journalist. I am a social commentator and scholar. And so I agree with CNN that it is best that we part ways. I look forward to partnering with another platform in the future and to continue to spread my message. I wish CNN all the best.”

The internet was furious as CNN is being seen as taking things too far and being hypocritical when it comes to conservative commentators like Jeffrey Lord, Kayleigh McEnany and former Rep. Jack Kingston (R-GA), all of whom have made inappropriate comments in the past and maintained their positions at CNN.

Check out the harsh reaction to CNN below:

@brianstelter So @CNN fires @rezaaslan for speaking an obvious truth, but Lord is allowed to continue to spew his nonsense? Got it.
— Dave Miller (@Dave Miller) 1497038841.0

Jeffrey Lord gets an eyeroll for routinely spouting utter nonsense--and later an apology even for that. Reza Aslan gets fired for one word.
— David Burr Gerrard (@David Burr Gerrard) 1497038013.0

@brianstelter @rezaaslan @CNNMoney Is the the same CNN who hired Corey Lewandowski after he assaulted a reporter?
— Kevin Weaver (@Kevin Weaver) 1497038881.0

@brianstelter @rezaaslan Hey Brian, does the network have any comment regarding why they hired Corey Lewandowski af… https://t.co/XX0YjGzNQA
— Conor Dirks (@Conor Dirks) 1497037576.0