US condemns London attack, but no word from Trump 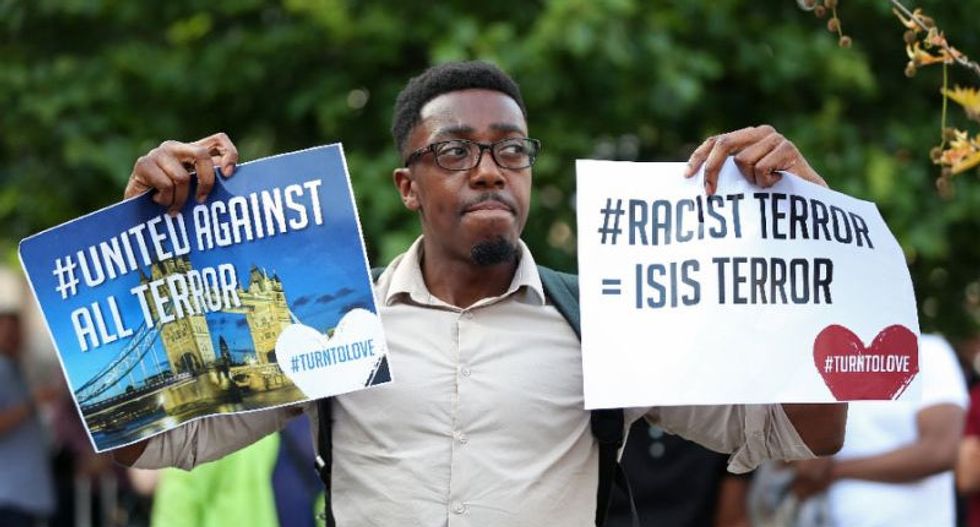 A man stands with anti-racism posters ahead of a vigil, close to the scene of a van attack in Finsbury Park, north London on June 19, 2017 (AFP Photo/Isabel INFANTES)

The US government and Ivanka Trump on Monday expressed sympathy with worshippers attacked while leaving a London mosque -- while the president himself remained silent.

"We extend our sympathies to the families and community of the victims and our hopes for the quick recovery of those wounded."

Trump's daughter and adviser Ivanka also reacted to the attack.

"Sending love and prayers to the victims in #FinsburyPark London. We must stand united against hatred and extremism in all it's ugly forms," she tweeted.

President Trump has taken to Twitter during previous terror attacks to make the case for tighter restrictions on travel from predominantly Muslim countries.

He has also yet to offer public comment on the deaths of seven US sailors, killed during a collision between their navy destroyer and a Philippine-flagged cargo ship.

In London, a van ploughed into a crowd near a mosque early on Monday, leaving one person dead and injuring 10 others in the second terror attack this month in the city.