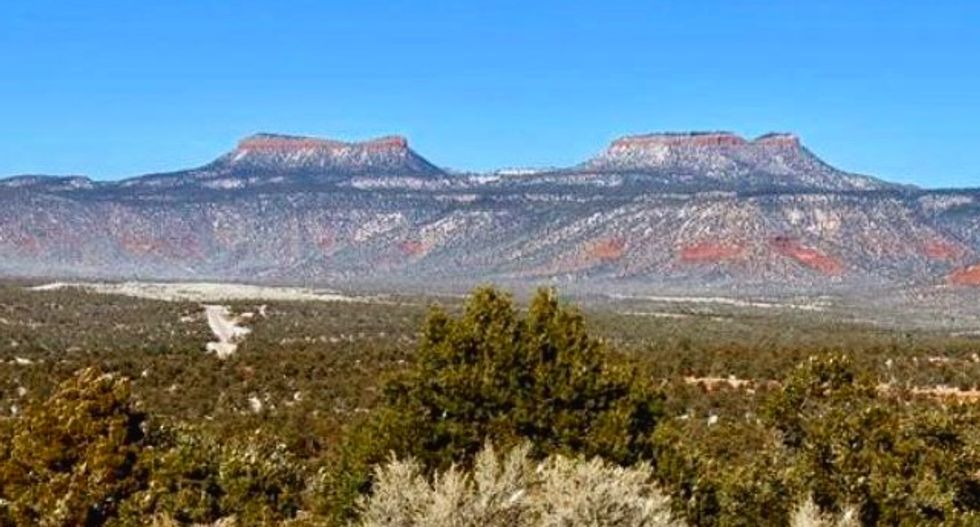 U.S. Interior Secretary Ryan Zinke has recommended to President Donald Trump reducing the size of the Bears Ears National Monument in Utah, according to a copy of the recommendation seen by Reuters on Monday.

The 1.35 million acre (5,463 square kms) area, designated by former President Barack Obama during his final days in office and named for its iconic twin buttes, is the first of 27 national monuments to be reviewed by the Trump administration as part of a plan to increase development on federal lands.

The document said that the Antiquities Act, used by past presidents to declare monuments, should cover the "smallest area compatible" with protecting important sites.

"Therefore... the Secretary of the Interior recommends that the existing boundary of the (Bears Ears National Monument) be modified to be consistent with the intent of the act."

"Specifically the review shows that rather than designating an area encompassing almost 1.5 million acres as a national monument, it would have been more appropriate to identify and separate the areas that have significant objects to be protected to meet the purposes of the Act," the document read.

Zinke also recommended Native American tribes be allowed to co-manage "cultural areas" within the resized monument - a nod to tribes that had lobbied for protections for the territory - and that Congress review conservation policies in the area.

The recommendations set the tone for the administration's broader review, triggered by an executive order in April.

Trump had argued that previous administrations "abused" their right to designate national monuments under the U.S. Antiquities Act of 1906 and put millions of acres of land, mainly in western states, off limits to drilling, mining, logging and ranching without adequate input from locals.

The review is likely to add fuel to a heated national debate over Washington's role in America's wildest spaces. Environmentalists and tribal groups support federal oversight, but many state political leaders, conservatives and industry groups say the lands should generate money for business, creating jobs, or yielding revenue for education and other public services.

While the land encompassed by the Bears Ears monument is not believed to contain huge amounts of coal, oil or gas, several other monuments on Zinke's review list do - making the Bears Ears decision symbolically important to industry groups.