US senators want Congress to OK military action in Syria 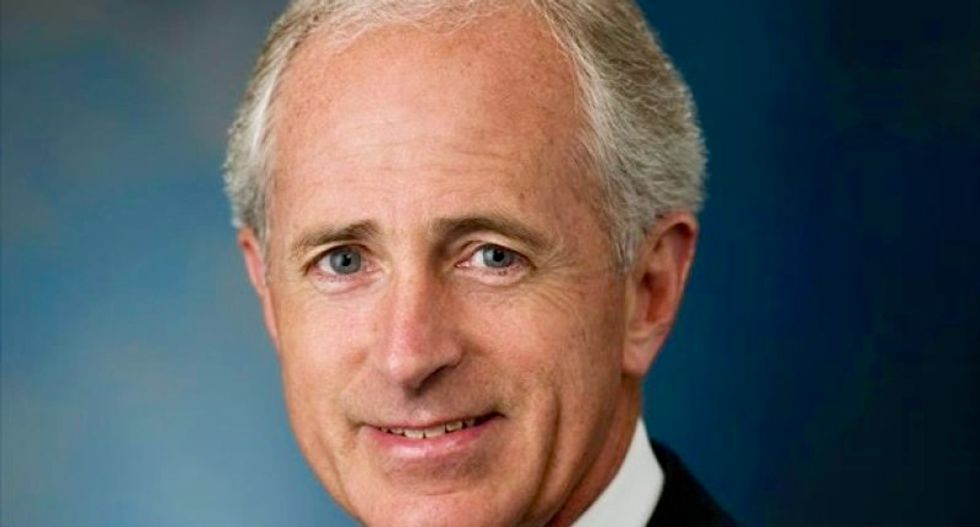 U.S. senators called on Congress on Tuesday to take back its authority to determine whether the country goes to war, saying recent U.S. strikes in Syria were not covered by existing authorizations for the use of military force.

The Senate Foreign Relations Committee has begun considering legislation that would cover military action in Syria, Afghanistan, Iraq, Somalia, Libya and Yemen against the Islamic State, al Qaeda and other Islamist militant groups.

"I have always believed that it's important for Congress to exercise its constitutional role to authorize the use of force," the committee's chairman, Republican Senator Bob Corker, told a hearing on Tuesday.

As President Donald Trump has ordered stepped-up military activity in Syria, Afghanistan and elsewhere, members of Congress also want Trump to present a strategy for defeating Islamic State and other militant groups.

"It's difficult for us to carry out our responsibility unless we know what the commander in chief needs," Senator Ben Cardin, the committee's top Democrat, said.

The Trump administration, like former President Barack Obama's, has been using a 2001 Authorization for the Use of Military Force (AUMF) against al Qaeda passed after the Sept. 11 attacks as the legal basis for a wide range of military action since.

Although there is bipartisan support for Congress to debate and vote on a new AUMF introduced by Republican Senator Jeff Flake and Democratic Senator Tim Kaine, the measure faces stiff opposition.

Lawmakers have introduced war authorizations repeatedly in the past several years. But they have failed to advance amid sharp divisions in Congress over whether, or how, to limit commanders' use of military resources.

Many war-weary members of Congress also do not want to vote for anything that might become a foreign military quagmire consuming taxpayer dollars or leading to widespread U.S. casualties.

Trump has ordered stepped-up military operations against Islamic State and delegated more authority to his generals. U.S.-led forces said on Tuesday they had shot down an armed "pro-Syrian regime" drone near the border between Iraq and Syria. A U.S. warplane shot down a Syrian army jet over Syria on Sunday.

Democratic Senator Tom Udall voted for the 2001 authorization while he was a member of the House of Representatives. "I would have never imagined that vote supporting U.S. troops in Syria in 2017 and engagements with the Assad regime," he said.