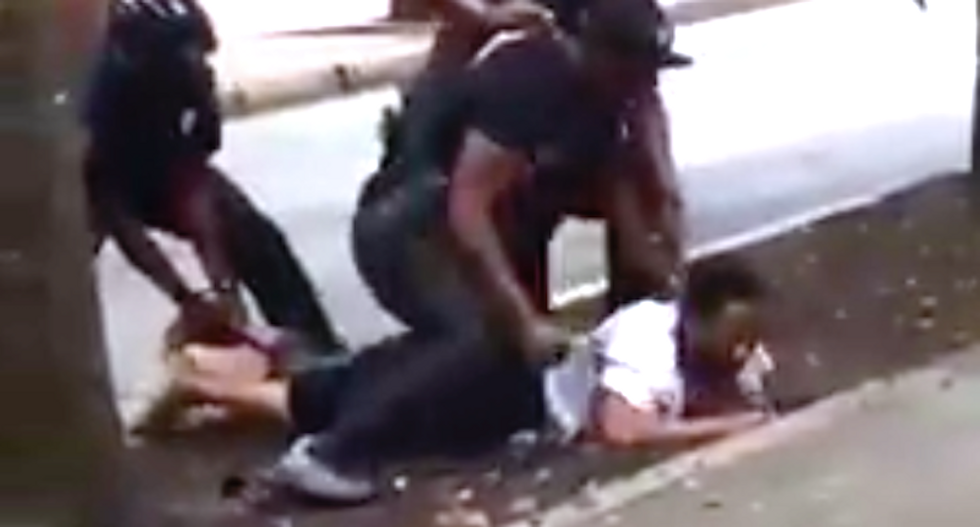 An Atlanta police officer has been placed on leave after a video showed him punching a man during an arrest.

The video was recorded Thursday and posted on Facebook by Black Lives Matter of Greater Atlanta, reported the Atlanta Journal-Constitution.

The officer, whose name was not released, is shown punching the man as he lies face-down during the arrest attempt, which a BLM spokesman said took place last week on Broad Street and Upper Alabama in Five Points.

Four officers are shown in the video attempting to subdue the man, who is shouting but otherwise compliant.

Both the officer and the man he punched are black.

Police said the officer has been relieved of duty and placed on administrative leave while the incident is investigated.

“Following the conclusion of the internal investigation, Chief Erika Shields will review the evidence therein to determine the appropriate disciplinary action, if any,” the department said in a statement.

It's not clear why the man was arrested.