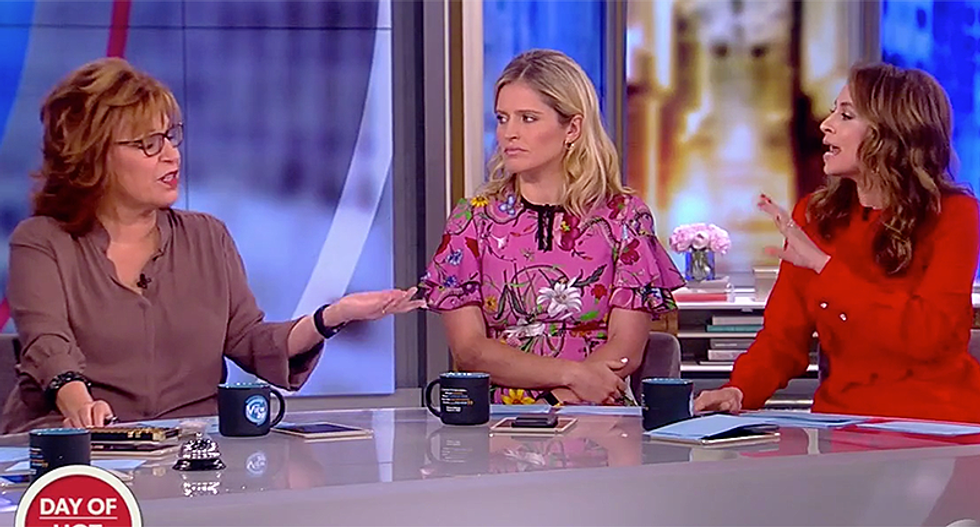 Jedediah Bila, conservative co-host of “The View,” noted Monday that she personally knows many of the people who are working to defend Donald Trump, both legally and public relations-wise. Somehow, she said, these people she knows to be articulate and intelligent people seem to have their brains eaten.

"There's like an epidemic that happens to people," Bila began. "Jay Sekulow, I've known him for a long time. He's a smart guy but ... I used to work with him. I used to work at Fox News. He was on all the time. This was someone who's been coherent and smart on issues. Something happens to these people when they go to defend Donald Trump. All of the sudden they make no sense."

"They blame the media for spinning things but watching poor Chris Wallace trying to handle this, he's literally repeating back what happened and he goes 'Oh, boy, this is weird. You don't know there is an investigation, you just told us that,'" quoted co-host Sara Haines. "It's just nonstop confusion through that whole interview."

Behar noted that she thinks something crazy is going on at the White House.

“I was reading that Trump is now yelling at the TV," she said. "I mean, Kellyanne [Conway] is talking to the microwave. This nut is yelling at the TV. Sean is hiding in the bushes. I mean, there's something wacko."