'Violence is an infliction of injustice': MLK's daughter implores GOP to reconsider healthcare after rampage 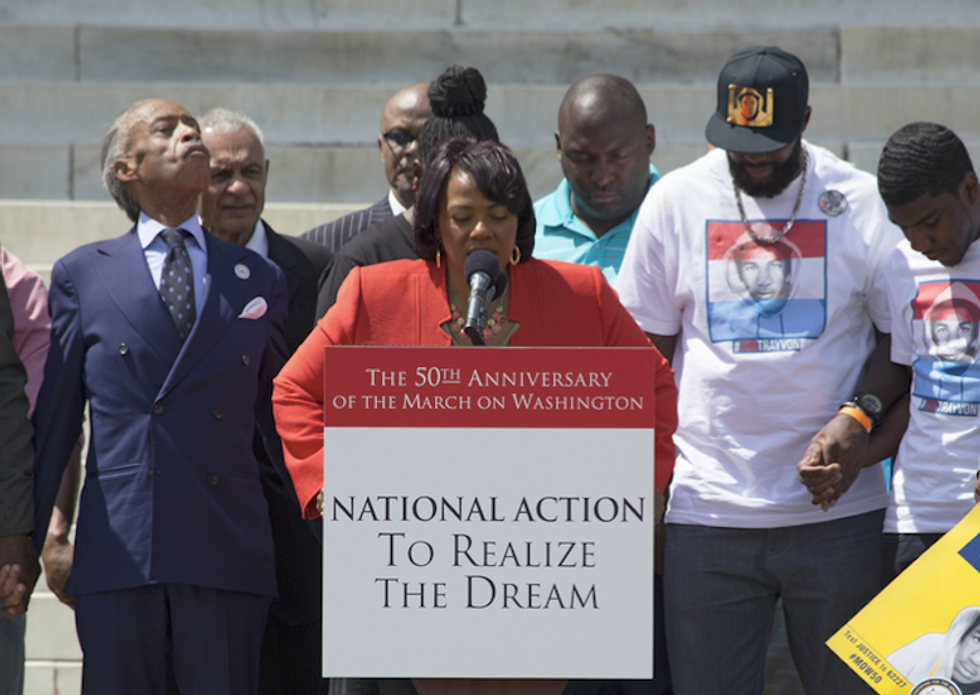 The late Rev. Martin Luther King Jr.’s youngest daughter, Bernice King, penned a moving essay on Wednesday that evoked her father’s mantra of nonviolent resistance to urge the nation to “[recognize] that we cannot achieve peace without peaceful means.”

King made the remarks in response to a mass shooting that occurred Wednesday morning at a Congressional baseball practice. The gunman reportedly harbored resentment towards Donald Trump, and targeted Republicans in the rampage.

“This morning's shooting and the responses to it were reminders that there are many forms of violence: gun violence, psychological violence, the violence of ignoring the needs of others, and, yes, legislative violence,” King wrote. “Violence, simply put, is a violation of another being, a denial of what is healthy and humane, an infliction of pain and injustice.”

King expanded on the notion of “legislative injustice,” arguing the government is “on the cusp of passing a healthcare act that would cause catastrophic health issues and could potentially cost people their lives. Their LIVES.”

“We are a nation where, as Rep. Scalise was in surgery this morning, MILLIONS were and are still struggling through the angst of whether or not and for how long they will have healthcare,” King said, noting she prays for the injured, but also “for the spiritual condition of this nation.”

“Now, more than ever, we have to elevate our thinking beyond what divides us so that we can determine, then cultivate, what will heal us,” King argued. “This is the question for us to answer and respond to with action: How can we begin to more fervently love each other, meaning being active forces for goodwill and humane conditions for each other?”

“Now, more than ever, we must refuse to be governed by biases, hate and division,” King continued. “That includes recognizing that we cannot achieve peace without peaceful means. Those who are writing and passing laws that dictate tragedy for countless people can't legitimately call for 'peace' in the midst of the turmoil that their actions cultivate. So, our laws and language must reflect the peace we seek.”

King urged the country “ build a ‘coalition of conscience’ and work on delivering this nation's soul from the afflictions of hate and inhumanity.”

“We need a critical mass of people, representing the differences that we currently allow to divide us, to join together to begin the work of turning our nation [and our world] right side up,” King concluded.