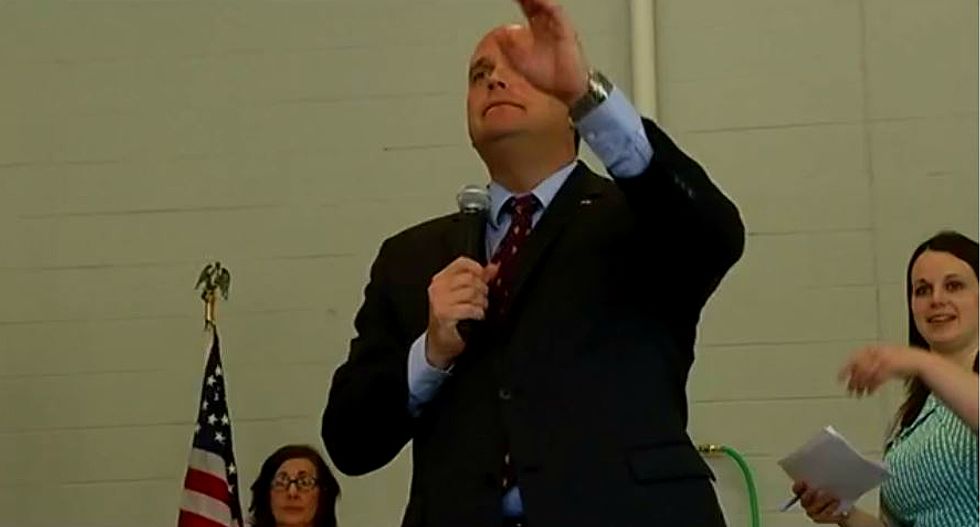 Rep. Tom Reed (R-NY) during a town hall in his district (via screenshot).

Rep. Tom Reed (R-NY), like many of his GOP colleagues in the House and Senate, faced angry crowds at his most recent town hall. But unlike his colleagues, Reed managed to put his foot in his mouth when it came to the biggest issue at hand: healthcare.

According to local news station WHEC, Reed said he believes "healthcare and health insurance are two separate things" -- a comment made to a crowd already angry about his vote for repeal and replace the Affordable Care Act.

During the meeting (whose first half was dominated by shouts from the crowd that included chants of "vote him out"), Reed also expressed a desire to increase military spending for new equipment because he believes the country is "sending our men and women into harm’s way with antiquated equipment."

“His solutions benefit more the wealthy than they do regular folks like myself: middle class," constituent Eileen Santipadri told WHEC.