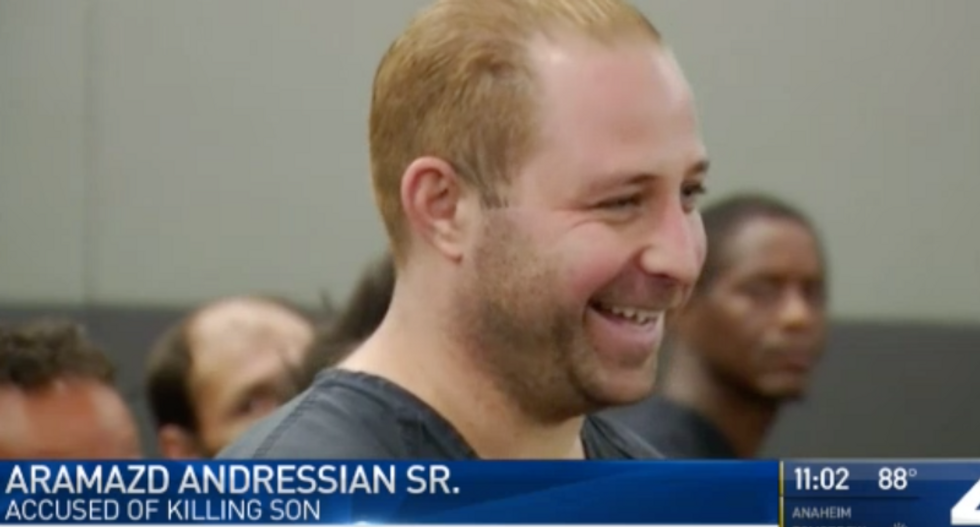 A California man accused of murdering his 5-year-old son laughed and joked in front of a judge at his extradition hearing on Tuesday.

"It may seem unusual to file murder cases when we have not yet found the child’s body, but rest assured, my office has successfully prosecuted such cases before," Los Angeles District Attorney Jackie Lacy told NBC Los Angeles "I am confident, however, that the evidence proves that Mr. Andressian committed this horrible crime."

The case has received dramatic media attention as the defendant allegedly killed the boy to get back at his ex-wife.

KTLA noted the defendant, "laughed and smiled, and even tried to crack a joke with the judge."

"If California wants me, they can come get me," NBC reported the defendant told Justice of the Peace Eric Goodman.

The location of the arrest was of great interest to investigators.

"I can only speak for myself. If my son was missing, I would be doing things that (the boy's mother) was doing. Circulating fliers, looking for your son," Los Angeles Sheriff's Department Lt. Joe Mendoza explained. "He was not doing that. He was socializing in Vegas."

"No justice in the world will bring my Piqui back," said the victim's mother, Ana Estevez, told NBC LA while using her son's nickname. "However, Ara will pay tenfold for all that he has done."

"This is one of those cases that tore at many people's hearts," said LA County Sheriff's Department Capt. Christopher Bergner.