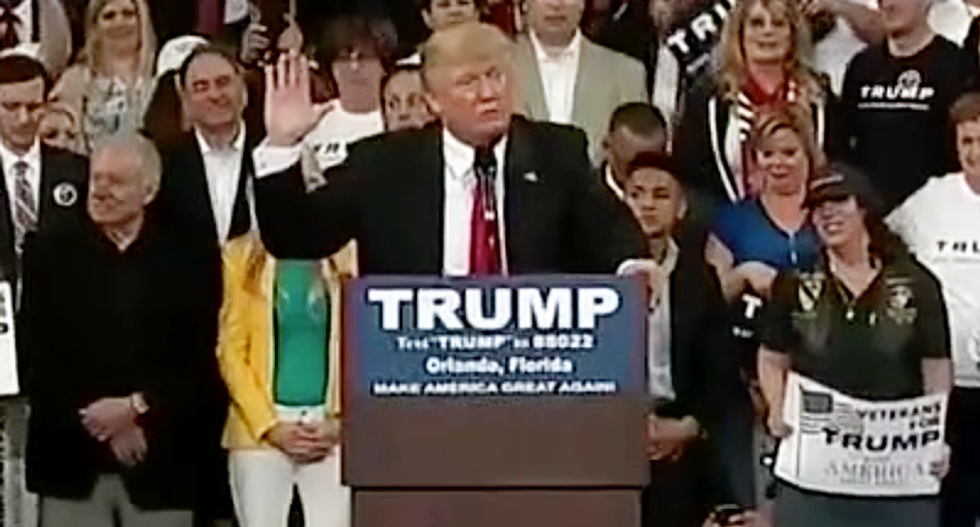 President Donald Trump told reporters Friday that he would never demand a pledge of allegiance from anyone. However, he's done exactly that in the past.

"Mr. President, can we get back to James Comey’s testimony," ABC journalist Jon Karl asked Friday. "You suggested he didn’t tell the truth in everything he said. He did say, under oath, that you told him to let the Flynn -- you said you hoped the Flynn investigation he could let --"

"So he lied about that?" Karl asked.

"And did he ask you to pledge --" Karl began before being cut off.

"And there would be nothing wrong if I did say it, according to everybody that I've read today. But I did not say that," Trump said.

"And did he ask for a pledge of loyalty from you? That's another thing he said," Karl asked.

"So he said those things under oath," Karl asked. "Would you be willing to speak under oath to give your version of those events?"

Last year, before the Florida Primary Election, Trump made his audience hold up their hand and "pledge" to vote for him, rain or shine.