WATCH: GOP lawmaker decapitates a live chicken on camera to make a 'point' about abortion 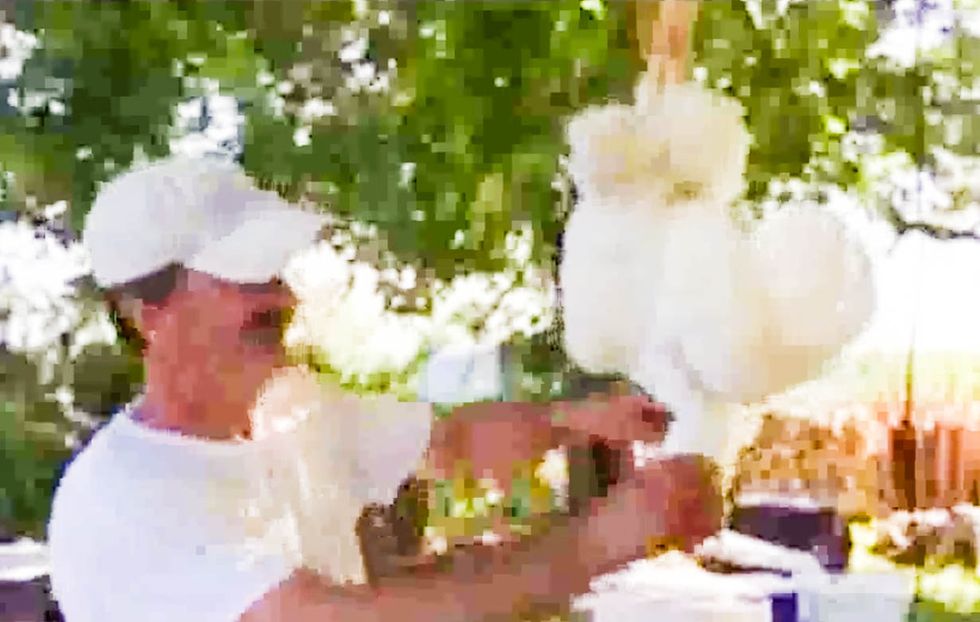 A Republican state lawmaker from Missouri filmed himself beheading a live chicken to make a video that he says is making a "point" about abortion.

Per the Huffington Post, Missouri Rep. Mike Moon begins the video holding a knife in one hand while grabbing the neck of a strung-up chicken with the other. He explains that even though he's supposed to be on summer vacation, he's ready to get "back to work" to pass his new anti-abortion legislation.

At that point, he takes the knife and slices the chicken's head clear off its body.

"We've been called back to the special session for the primary purpose of supporting life, protecting the unborn specifically," he said, before announcing he was filing a bill that would end legalized abortion in his state.

Some of Moon's followers on Facebook were upset by the video, and one of them told him that it was a "gross" thing to post.

"Just think how gross abortion is," Moon replied. "I wasn't trying to make a comparison, but simply to get a couple of points across: to the governor (I'm not on vacation and I'm just as much a career politician as he is) and if we truly are concerned about protecting the lives of the unborn, we should take action that will lead to the end of abortion."