WATCH: Kellyanne Conway trashes Comey before his Senate testimony for hurting 'morale' at the FBI 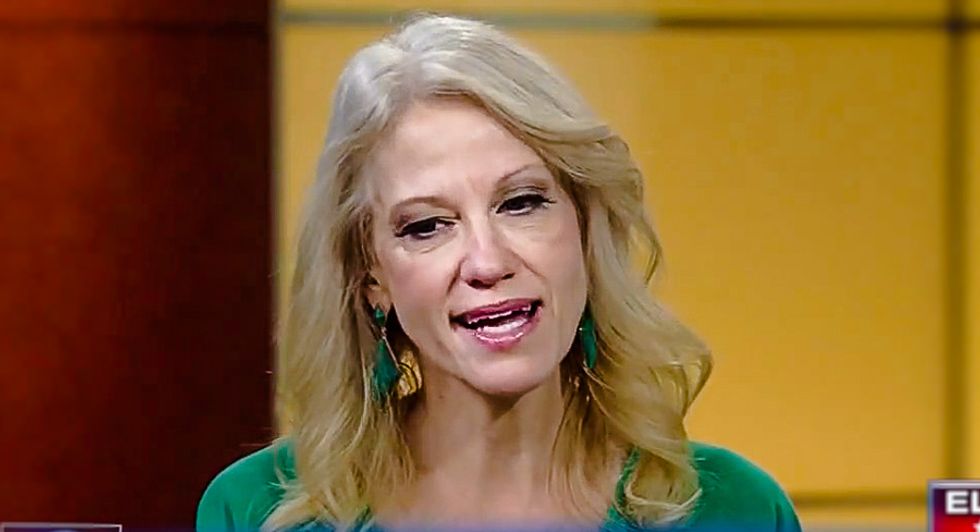 Asked by host George Stephanopoulos if the president would invoke executive privilege to stop Comey from speaking, Conway ranted that they would "be watching him," before impugning the former director's credibility.

After attacking Comey for getting the number emails on Huma Abedin's laptop wrong during previous testimony, Conway went after Comey on a personal level.

Invoking the name Deputy Attorney General Rod Rosenstein, Conway said the assistant AG, "concluded that it really hurt the morale and integrity at the department," in the way he conducted the investigation into Clinton's emails.

"He also talked about how Mr. Comey usurped the authority of the Justice Department," Conway continued.

"But the president had decided to fire Comey before he got that memo," the ABC host parried.

Conway replied that Comey had previously said that it was the right of a president to fire an FBI director at his discretion.